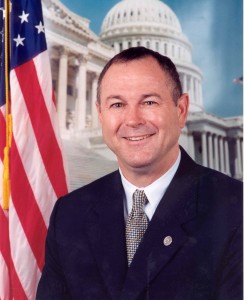 Finally after all of these years of grinding away against the facade that Islam is a “religion of peace”, prominent non-Muslims have finally started to speak out against it as well! Within the last week radio host Laura Ingraham has spoken out against Muslim immigration, on FOX News Judge Jeannie Pirro put an absolute smack down on Mamma Jihad, and now we see that GOP member Dana Rohrabacher, has come straight out and has called for action against Islam!

Rohrabacher: At the end of the Cold War, I was the Soviet Union’s worst enemy, nemesis, because I believe that free people need to determine who their number one enemies are and work to try to defeat them. And that doesn’t mean that the people you work with are perfect, et cetera. We did bring down the Soviet Union and we worked with a lot of people who had a lot of faults. Today radical Islam and China appear to be the main adversaries, the main threat to the free world. I hope we all work together against a religion that will motivate people to murder children and other threats to us as a civilization.

This video originally appeared on ThinkProgress.org, and the comment section was dominated by Islam supporters. The ignorance was astonishing. I linked there so they can see this post, and my challenge to debate anyone who runs the site, or any of their readers.

I applaud this man. It is past time that America becomes energy independent, and ends all Muslim immigration. I also challenge anyone at ThinkProgess to show up on Logan’s Warning and debate me on Islam. Thanks!

Please contact Congressman Rohrabacher, in a show of infidel support by clicking HERE.

← Judge Jeanine Pirro Puts Smack Down on Mamma Jihad! ~ Gov Patrick Commits Treason, Sides With Terrorists! ~ Video
Daniel Pipes has his back up Against the Wall ~ Admits Logan’s Warning is Correct! →

15 comments for “GOP Congressman Calls for Action Against Islam!”