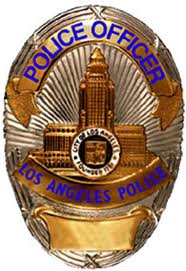 OK, in the last three articles we had some good news. Now back to the bad news. Back in February I reported about Muslims attempting to bully the NYPD into making backing off on the Islamic community. The same attack is being made by the Muslim Public Affairs Council (MPAC) on the LAPD, and for at least the second time the police department has bowed to Islam. The first time was in July when the LAPD held a forum in an Islamic Center linked to jihad sermons of Imam Ali. Now the LAPD has gone back into submission and has agreed to let MPAC dictate some of their policies. This is just another example of how Muslims are slowly changing America to suit Islam, by turning our freedoms into a tool of Islam.

(Los Angeles – 5/17/12) — In a meeting today with Deputy Chief Michael Downing of the Los Angeles Police Department, the Muslim Public Affairs Council, along with other civic groups, gained major reforms on the current Suspicious Activity Reporting (SAR) program. There are SAR programs in every major US city.

“The agreed upon reforms by LAPD are a victory for partnerships between communities and law enforcement nationwide,” said Salam Al-Marayati, MPAC President. “LAPD, in contrast to NYPD, is developing practices and policies after engaging communities.”

Earlier this year, LAPD issued an order on how officers identify and report suspicious activity – behaviors that indicate potential criminal activity – related to terrorism. The order failed to include prior recommendations from community groups to ensure that SAR does not result in the collection of information on noncriminal and constitutionally protected activities such as photography or speech without a clear link to terrorism.

By encouraging officers to treat noncriminal activity as suspicious without further evidence reasonably indicating pre-terrorism planning, the SAR program creates the potential to collect data that violates civil liberties and is counterproductive to national security investigations. When everything is treated as an anomaly, true anomalies become more difficult to find — making this effort counter-productive to counterterrorism efforts.

In particular, MPAC asked for and received agreement from LAPD in writing on the following issues:

Any reporting of incidents by law enforcement on individuals or groups must be connected to criminal activity.

Any surveillance must have a nexus to terrorism.

Any report that does not meet that standard will be purged from any intelligence gathering mechanism within LAPD.

The Inspector General of LAPD, who is appointed by a civilian board of commissioners and is independent from LAPD, will audit the SAR program and will make the audit available for public review.

LAPD will include a means to track racial bias within the SAR reports to determine if there is any ethnic profiling within the program.

SAR is designed as a behavior-based warning system that helps police officers identify potential terrorist planning before a deadly event occurs. In the post 9/11 era, we have the dual challenge of preventing terrorist incidents while preserving constitutional standards in our society. MPAC asked for and received SAR reforms from LAPD to help achieve that dual responsibility.

LAPD officials also said that they are open to having a community advisory board for the SAR program. MPAC will work with any and all organizations interested in this type of engagement with law enforcement to identify the best mechanism for community input on the SAR program.

The amended order will likely take months to finalize. MPAC will continue monitoring the progress of the SAR reforms and report accordingly.

Muslims are clearly starting to gain too much power here, and they will not stop until Sharia rules America. That is why it is imperative that we make ending Muslim immigration a daily part of the narrative.

34 comments for “LAPD Bows to Islam….AGAIN!”