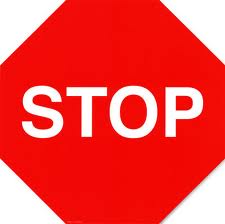 Running like scared children Michigan prosecutors are trying to infringe on Pastor Jones’ right to assemble. All because they are afraid the the violent aspect of Islam will come to Dearborn. Instead of handing another victory to Islam by bowing down to a religion that calls for our dominance, how about they support our freedoms and provide Pastor Jones with police protection? Unfortunately we are going down the same road as the UK my friends.

Concerned about a potential outbreak of violence, Wayne County prosecutors have filed a complaint in court that seeks to compel Florida pastor Terry Jones — who oversaw the burning of a Quran last month — not to rally outside an Islamic center in Dearborn this week.

Jones told the Free Press he intends to come to Dearborn this Friday with others to protest against sharia and jihad, Islamic ideas that he said threaten the U.S.

But Dearborn police and Wayne County prosecutors are trying to convince him that showing up at the Islamic Center of America would endanger his life and public peace. In the court filing, prosecutors and Dearborn police note that Jones has received numerous death threats and a $1.2 million bounty on his head by leaders of Jamaat-ud Dawa, a cover organization for the Pakistan-based terrorist organization Lashkar-e-Tayyiba.

Filed Friday in 19th district court in Dearborn, prosecutors say that if Jones shows up outside the center, “the greatest danger is the likelihood of a riot ensuing complete with the discharge of firearms.”

The court action, considered rare, is called in the filing a “verified complaint to institute proceedings to prevent crime.”

Dearborn and Wayne County authorities also note that Friday happens to be Good Friday and that the Islamic Center is next to several churches. And so if Jones and his followers were to protest, they argue, it could create enormous problems for Christian worshippers to enter and leave the churches for Good Friday services.

A spokesperson for Terry Jones was not immediately available to comment today, but Jones has told the Free Press he wants to come to Dearborn to help preserve the U.S. Constitution and ensure that Islam does not dominate non-Muslims.

Also today, a group of religious leaders, Christian and Muslim, gathered at Greater Mt. Tabor Baptist Church in Detroit, to ask Jones not to visit Dearborn.

Hey Reverend, would there be a threat of violence if there was a protest outside of your Church? Wake up and see what is going on here.

← ~U.S .Gov’t. Drops To Its Knees: Holds U.S. Islamic Forum In D.C.~ Claims “Islam Has Always Been Part of American History”~
Why Islam is Taking Over America →