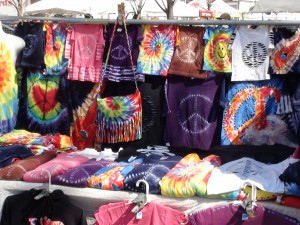 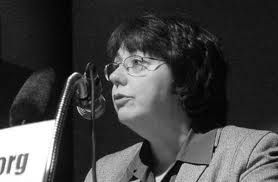 Thanks for posting this. It reminds me of a monster which has been unleashed.

I agree we have a huge fight on our hands. I hope people are waking up. The battle is waking them to action before it’s too late.

Never underestimate the power of stupid people in large groups.

Went to see Nonie Darwish at Temple University in Philadelphia. She is a very brave and convinving speaker. She has lived with Islam for 30 years. Loves America. Sees the Islamic threat. Naturally some liberal know-nothing students were there too, but the Muslims mainly stayed away. She makes it clear her fight is with Sharia law.

Good job here. Wish I could have been in NYC too.

Nonie Darwish’s book ‘Cruel and Usual Punishment’ gives a clear insight into what it means to be a Muslim. Nothing gruesome in the book. A good book to pass around and a spare for reference.

do those people not work? i would be willing to bet that the majority receive some sort of Government aid. social security, welfare, WIC, housing, or funds from Islamic countries. if they actually worked for a living they would not have this mindset. the violence in our streets is not far off. be ready.

I should think they are like the Western hating Muslim demonstators we get over here in Britain, who have been indulged by Tony Blair and his Bien pensant socialist Labour party for the last 13 years.All of the main leaders are on benefits.now i couldn’t care less how they feel about us,but it’s a bit much when we have to pay for the lazy scrounging bastards.

In the UK they get council housing which after a few years they are entitled to buy. They are carrying out the Mohammedan strategy of taking a country a bit at a time and enslaving the population. We are already paying for them to live, so we are enslaved. Be wary America, don’t let them buy your land. I understand you have 200 mosques in New York.

This policy seems patently unwise in a nation composed of a group of islands. I remember a time, immediately after ww2, when housing in Britain was rationed quite strictly as a result of scarce resources. One of these remains scarce, that is, land and space.
Why do Britons refuse to make policy that takes the geography of Britain into account? Britain is not America. The idea of frontiers being populated works well in a country that is territorially large and expanding, say, Russia, Canada or the U.S.
But Britain has no frontiers.
It has resources that it must manage wisely.

Quote ‘…it must manage wisely’.Good comment, eib, but wisdom is not something the Loony Left practises. Old time socialists who wanted to help the poor have long gone. After WW11 even sugar was rationed! All part of Marxist ideology aimed at making everyone equal and easily controlled. A change of government brought a sudden end to rationing. Tony Blair destroyed this country and God help us if the Marxist Milliband brothers get in power in four years’ time.The great countries of this world should beware the teaching of Marxism in colleges and universities.The aims are the same as those of Islam. Misery for all except those at the top. The socialist Tony Blair now earns £10million a year.

It is the very essence of Islam to hold the knife to the throat of the infidel and then demand PEACE!
The hypocrisy of Islam is evident here.

ISLAM-Find out the truth about this major religious deception.

The free free palistine was a nice touch to their rally ..oh and i specially liked alla akbar the familiar chant of murderers

@ Lord T: Although we call it “Welfare”, it’s really “Jiza” tribute we’re paying them to not start murdering us in droves. Cut off the undeserved welfare Jizya to these savages, and watch the blood run down your gutters – especially in a land where the honest and peaceable subjects have been disarmed by their own bloody cowardly government. There is a reason why we fight to retain our Second amemdment rights here. Obama has been credited with being America’s best firearms salesman, since purchaces of guns and ammunition as well as survival preparation supplies have grown exponentially since he presumed office.

I wonder how much good that’s going to do us though, now that they have most of our goverment including General Petrayus bowing to the Quoran and kissing Islam’s uplifted butt.

It promises to be a very interesting Summer.

We are fighting the Islamists and the communists now. You’re sooo right, Chris; we have a real fight on our hands.

Well i feel your pain in the states i live in South Africa and it is amazing to see how the Islamic idea spreads and how they do it here in our country after 40 years of Apartheid we eventually freed ourselves of opression but what nobody saw was that the muslim members of the ANC made sure that in our new consitution that South Africa would not be noted as a Christian country but a country for all relegions. Now with that door open what happens next. I shudder to think were all of this will stop in the world and how the Muslim population demands more and more.

I believe the bible clearly states in various places that nobody will change my word which the Koran has clearly done. All christian poeple world wide must stand up and put a stop to this and by this i do not mean go out and harm a Muslim or burn his house down we are all Gods people and we must not forget that.

What i would like to state is if us Christians do not stand up and put a stop to all the violent act being done in the name of the Koran/Allah/Mohamad and there expansion we will have no opetion but to land up in a blood bath of a fight to stop it.

I have personnel friends who are Muslims and they openly state were my intetion is to help them there,s is to befriend us till they can destroy us.

So were does that leave us.

As a good friend of mine who is a Missionary to muslims says, “We can fight them now with The Word of God, or our children will have to fight them with the sword on the streets of America”.

I Pray daily for your country, please keep my country in your Prayers!