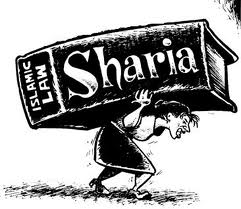 Yesterday when I posted about Oklahoma banning Sharia Law from being used in their courts, I stated that I hoped Muslims would file a lawsuit against this. As it will only expose the internal threat of Islam even more, and the public will get to learn about the true hateful nature of Sharia. I would like to personally thank the Council on American Islamic Relations (CAIR), for helping our side out. Then have shown us they are pro-Sharia, and are a clear enemy of America. So now anytime a US politician supports them this needs to be brought up. Within the law, lets bring CAIR and Sharia  down!

OKLAHOMA CITY, Okla., Nov. 3, 2010 /PRNewswire-USNewswire/ — On Thursday, November 4, the Oklahoma chapter of the Council on American-Islamic Relations (CAIR-OK) will hold a news conference with religious and civil rights leaders in the State Capitol Building to announce the filing of a lawsuit challenging the constitutionality of an anti-Islam ballot measure (State Question 755) passed in yesterday’s election. The measure amends the state constitution to forbid judges from considering Islamic law or international law when making a ruling.