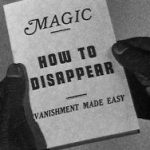 Just because the mainstream media and our government will not challenge liars for Allah, doesn’t mean that we shouldn’t continue to do so. My recent welcome to a new member of Parler. Apparently she did not care for my greeting.…

END_OF_DOCUMENT_TOKEN_TO_BE_REPLACED 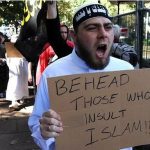 This comes of no surprise to me at all and is actually what I say in my online bios on Gab, MeWe, and Parler. I am just posting it to show what comes along with exposing Islam. Hatred and threats.