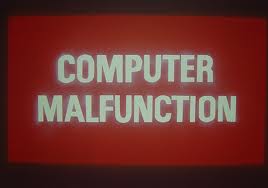 Today North American Infidels (NAI) had intended to you bring exclusive footage and commentary from this past Sunday’s NYC 29Th annual Muslim Day Parade. But unfortunately when I attempted to upload it, I was told that my camcorder was not compatible with my newer Windows 8 laptop. I tried numerous suggestions to fix the matter including updating the drivers, but it was to no avail.

To give a quick summary, it was a small turnout that must have learned a lesson from last year. Meaning no ISIS flags this year. 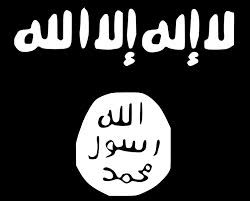 The parade was a publicity stunt in which children were used to garner sympathy, and US flags were being waved in an effort to show loyalty to America. 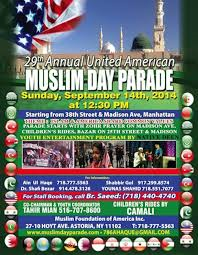 Which of course is impossible if you support the Koran. Because the US Constitution and Koran clearly contradict.

In my commentary I had countered their propaganda, and even spoke to some Muslims who quickly walked away after a friendly comment or two by me. The first was when I was standing next to Andy, a Christian preaching the Gospel. As the procession was heading down to 23rd St., one of its leaders passed by and yelled out we love Jesus, we support him. Obviously he was attempting to con us into believing Islam is Christianity friendly. My response was that Muslims believe in a different version of him than Christians do. Once again he yelled out in support of Jesus, but when I mentioned the Koran (verse 4:157) states he was not crucified the Muslim propagandist turned around and walked away.

Just minutes later, another Muslim passing us said we are brothers. When I stated not according to your book, he went stone faced and tried to recover by saying we are brothers in humanity. Him backing off on his first claim only proved my point. Shortly after, one of the self-appointed Sharia police asked us to leave. (Men in black security jackets.) Of course the answer was no. Leaving would have set a terrible precedent.

Their third strike was near the end of the day when a Muslim woman started complaining about Andy’s street preaching. She said it was their day and we are ruining it. Asking “why are you trying to convert?” (I wasn’t, but Andy was.) Offering to pay him to leave. When I nicely told her Muslims try and convert, she went silent and walked away. This is NYC not Saudi Arabia. Maybe it is her who does not belong here.

So in regards to countering some of the Muslim misinformation, the day was a success. It is just a shame I could not upload the videos and pictures. The camera is now useless to us.

← Brigitte Gabriel: Islam is a Religion of Peace!
Good Morning Logan ~ “I will personally kill you….” →