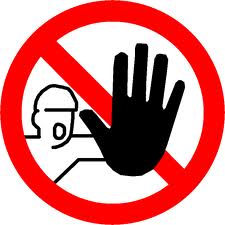 I’m all for making the immigration ban be in effect forever, but at least the voices against Islam are clearly getting louder and more numerous. Non-Muslims have begun to see the reality that we will eventually lose this war if Muslim immigration is not put to an end! Enjoy….

A PETITION tabled in Federal Parliament calling for a 10-year ban on Muslim immigration has been labelled bigoted by a leader of the Islamic community.

ACT senator Gary Humphries last Thursday tabled the petition, signed by three Sydneysiders, calling for a 10-year moratorium on Muslim immigration and a review of Australia’s immigration policy to ensure priority is given to Christians.

But the Liberal senator has defended his tabling of the “somewhat offensive” petition, which he acknowledges is potentially racist and bigoted, saying he presented it because it conformed with Senate standing orders.

“But I believe that they have the right to put that point of view in front of the members of the Federal Parliament.”

Senator Humphries said the petition expressed a view about Australia’s immigration policy and wasn’t racially vilifying. He added he was a friend of Canberra’s Islamic community.

“For God’s sake we’ve gone beyond the white Australia policy and now we are talking about … a policy that only allows Christians,” he said.

“That’s hardly a loving Christian to be very selective in whom you want to enter in your home.”

Patel, not wanting the Land of Oz to fall to Islam does not make them bigoted, it makes them protective of their way of life and there is nothing wrong with that! Also if you were TRULY against bigotry, you would leave Islam! Did you forget this verse?