As you know I like to use social media networks such as Twitter in order to expose the Muslim mindset. What I uncovered tonight has taken it to a new level, and has been report to the NY FBI office. 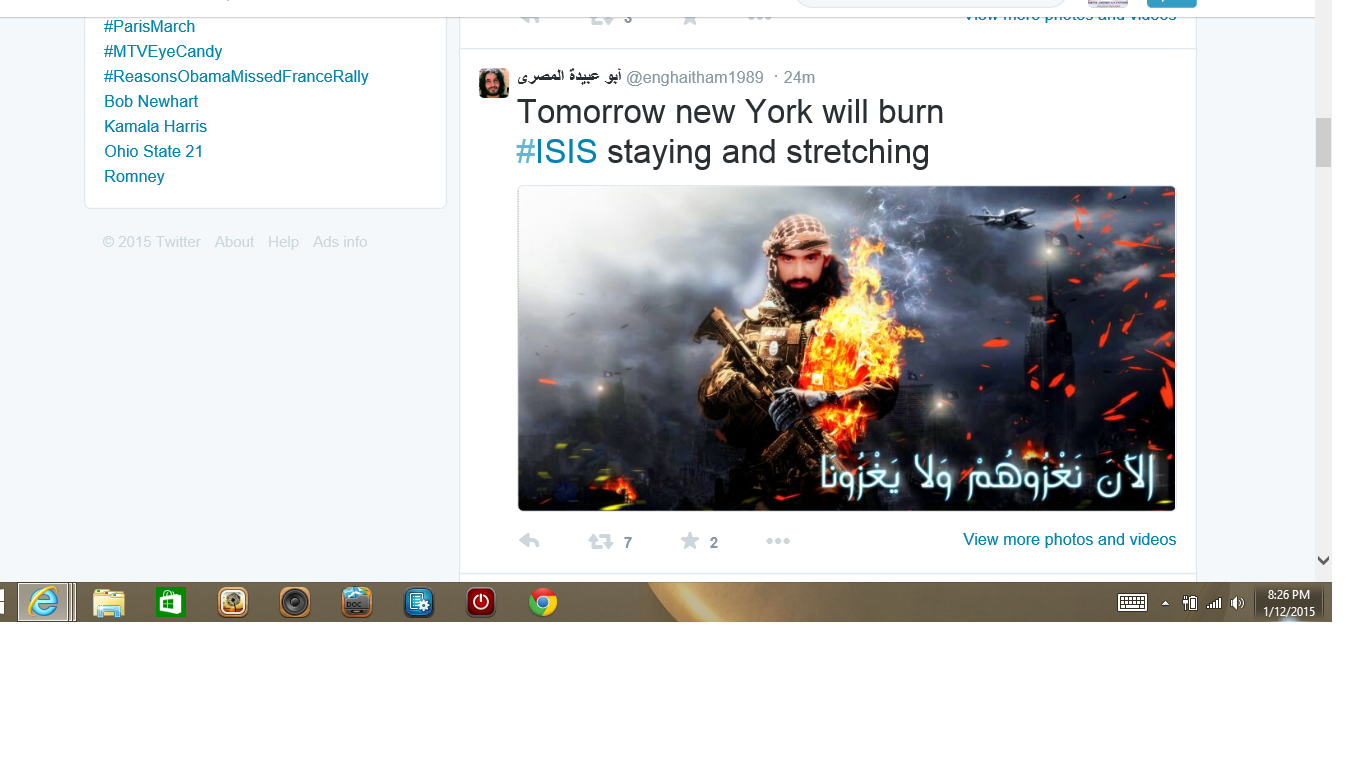 Where would he ever get the idea of terrorizing NYC?

← The Economist: Islam can Reform….
NAI Gets Potential Islamic Terrorist Suspended From Twitter →