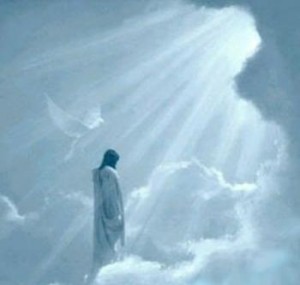 Back in June of 2011 I posted a story entitled “The Strangest Thing Happened to me, an Encounter With a Christian Woman”. It was about a Christian woman I had encountered on a NY bus. She was preaching about Jesus and how Americans had moved away from Christianity. How our country needed to stick to its Judeo-Christian values. The strange thing about it was that she closed by looking at me and stating, “You’re different. You are my messenger!”.

Now I am still not religious, but I do find this all very interesting and wanted to share this update with my religious friends. Since then I have seen her two more times. The first time was probably about seven months ago, and there was nothing to it at all. There was no real eye contact and she did not say a word to me. But just a few days ago I saw her for the third time. I was on a NY bus again, and she was in the back on the upper level. She was wearing a loose fitting long white dress, with a loosely wrapped headscarf on, and holding a teddybear in one hand. Also the cross drawn on her forehead was a bit larger then in our first meeting. Yes, I said she was strange! Strange but friendly, and was preaching for Jesus once again.

← The Islamic Prayer: Hatred in the Face of the Host!
Muslim in America to Logan’s Warning: We WILL OVERTHROW the US Government! →

59 comments for “Another Encounter With a Strange Christian Woman”