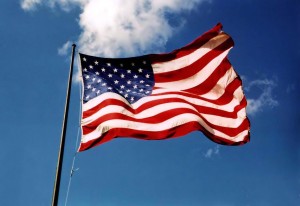 Besides these obvious failures, our country is at war in at least five Islamic countries (Afghanistan, Iraq, Pakistan, Somalia, and Yemen (recently), yet we foolishly allow Muslims to come here.

In 2005, more people from Muslim countries became legal permanent U.S. residents — nearly 96,000 — than in any year in the previous two decades. More than 40,000 of them were admitted last year, the highest annual number since the terrorist attacks, according to data on 22 countries provided by the Department of Homeland Security.

So now we have more Muslims here than ever, and the problem is getting worse and worse in America. Not only are they trying to open up Mosques across America, many of them are openly supporting Sharia Law. Are the “moderates” still coming to the rescue?

You see, when people say the “moderates” are the answer it sends out a sense of false hope to non-Muslims, and then many of them let their guard down in regards to Islam. It is like going to the doctor, finding out that you have a life threatening disease, but then the doctor tells you the problem will resolve itself. Well, that is not happening with the threat of Islam.

A few years ago Muslims against Sharia were the rage, and non-Muslims naively believed they were going to rewrite the Koran and the Islamic world would accept it. If anyone still thinks this is going to happen, just go ask MAS to name one US Mosque that is awaiting for their version of Islam.

Then there is Dr. Zuhdi Jasser who I believe means well, and does a good job on getting the word out. But lets face it, what he is selling is not Islam and after seven years his organization really has no Muslim following.

AIFD seeks to make a small contribution to the body of thought which articulates an understanding of Islam which separates religion and state and is in complete harmony with the U.S. Constitution and our citizenship pledge.

The problem is that he does not get to rewrite the Islamic scriptures. According to an Islamic Law manual approved by Al Azhar the highest learning Islamic school in the world, to deny any verse of the Koran is to apostate from Islam.

O8.7
(7) to deny any verse of the Koan or anything which by scholarly consensus belongs to it, or to add a verse to that does not belong to it;

The following statement is also on Jasser’s site.

AIFD was formed as an unmistakable expression of American liberty and freedom in an attempt to take back the faith of Islam from the demagoguery of the Islamo-fascists.

This statement is completely misleading, as Mohammad himself was an “Islamo-fascist”

Recently on Facebook and other sites the rage has been a so called Muslim from Bangledesh, named Shoaib Choudhury. He claims that Islam will reform, and I do realize that he has done some good in the past.

Due to its non-stop efforts through publication of editorials and commentaries, Bangladeshi government banned a notorious Islamist militancy group named Hizbut Tahrir in 2009. Anti Semitic book and DVD named ‘Dajjal’ published by another Islamist militancy group named Hizb-Ut-Towhid was also stopped from open circulation in Bangladesh due to efforts of Blitz.

He states the Koran will reform but when questioned he gets angry and has no real answers, just like Muslims Against Sharia. Here is a recent Facebook email exchange with Choudhury.

Christopher Logan September 22 at 3:11am
Hi Shoaib…..are you against Sharia Law?

Here is his first response to me. The reason you do not see his name is because once I asked him the tough questions, he did not answer and deleted me as a Facebook “friend”.

Thank you very much for asking.

Now we see where he says the Koran can be reformed.

At this time I pointed out what the Koran states.

Christopher Logan September 22 at 2:10pm
Only thing is the book says that mere man cannot change the words of Allah. (Not those exact words). It also states that the actions of Mohammad are to be followed for all times.

He sure did cover his bases.

Now we see Shoaib lose his cool, make a false statement about the Koran, and he tries to change the focus all in one email.

September 22 at 2:15pm
NO! THIS IS WRONG! KORAN SAYS, “HUMANS CANNOT CHANGE THE WORLD ORDER” AND IT SAYS, MUSLIM SHOULD BELIEVE IN MOSES, JESUS, MOHAMMED AND OTHER PROPHETS.
ON THE OTHER HAND, VERSE AL IMRAN [NO 9] IT SAYS “THIS HOLY KORAN, MAJOR SEGMENT OF WHICH ARE IMAGINARY, WHILE ONLY FEW ARE INSTRUCTIVE.
THOSE IDIOTS TAKE THE IMAGINARY PORTIONS OF KORAN AND CREATE ANARCHY, WHILE INTELLIGENTS ONLY TAKE THE INSTRUCTIVES AND ESTABLISH PEACE”
NOW, FRANKLY, I BELIEVE, THERE IS HUMAN HAND IN KORAN. ESPECIALLY HANDS OF JEW HATER OSMAN AND OMAR, BOTH CALIPHS OF MOHAMMED. I CAN GIVE EVIDENCE HERE ON THIS CLAIM.

As you can see I never asked him anything about Jesus, and he never provided evidence on his claim on what the Koran says.

You do not sound like a man of peace at all.

PICKTHAL: Theirs are good tidings in the life of the world and in the Hereafter – There is no changing the Words of Allah – that is the Supreme Triumph.

SHAKIR: They shall have good news in this world’s life and in the hereafter; there is no changing the words of Allah; that is the mighty achievement.

How come you do not mention that the Islamic version of Jesus is a different one than of a Christian?

Is this the Sura you are talking about?

A day later I still had not received a response from him. So I sent him the following two emails.

Christopher Logan September 23 at 6:18pm
Choudhury,
Do you not care to continue this conversation?

Then I hit him pointblank with hard honest questions.

Christopher Logan September 23 at 6:20pm
I am just curious, who gets to rewrite the Koran, you? What credentials do you have to do that? Do you have more say in the Islamic world than Al Azhar, the world’s highest learning Islamic school in the world? Please name on Mosque that is waiting for a new version of the Koran.

The next time I checked my Facebook email, I saw that he had deleted me. While people like him and Jasser might mean well and I wish them luck, we as non-Muslims have to come to terms with the situation. “Moderate” Muslims are not coming to the rescue, and at best they are irrelevant. When it comes to non-Muslims supporting them, I can understand giving a shout out to a guy like Jasser, but to constantly promote the “moderate” Muslim fantasy is to do more harm than good. As you are only spreading false hope. It is not happening. It is up to us non-Muslims to win this war.

75 comments for “The Bitter Truth: “Moderate” Muslims are not Coming to the Rescue”