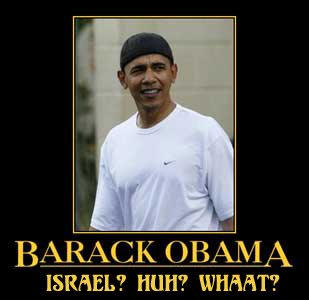 Just a few days ago I posted an article entitled “US “bunker-busters” Being Shipped, Is Iran the Last Stop?” The article was about US “bunker-busters” going from California to the British island of Diego Garcia. Supposedly they were to be shipped to Israel for a strike on the nuke sites of Iran. Now we get this disappointing report. By the time Obama is done, the only “friends” that we have will be our enemies.

WASHINGTON — The United States has diverted a shipment of bunker-busters designated for Israel.

Officials said the U.S. military was ordered to divert a shipment of smart bunker-buster bombs from Israel to a military base in Diego Garcia. They said the shipment of 387 smart munitions had been slated to join pre-positioned U.S. military equipment in Israel Air Force bases.

“This was a political decision,” an official said.

In 2008, the United States approved an Israeli request for bunker-busters capable of destroying underground facilities, including Iranian nuclear weapons sites. Officials said delivery of the weapons was held up by the administration of President Barack Obama.

“All signs indicate that this will continue in 2010,” a congressional source familiar with the Israeli military requests said. “This is really an embargo, but nobody talks about it publicly.”

Under the plan, the U.S. military was to have stored 195 BLU-110 and 192 BLU-117 munitions in unspecified air force bases in Israel. The U.S. military uses four Israeli bases for the storage of about $400 million worth of pre-positioned equipment meant for use by either Washington or Jerusalem in any regional war.

In January 2010, the administration agreed to an Israeli request to double the amount of U.S. military stockpiles to $800 million. Officials said the bunker-busters as well as Patriot missile interceptors were included in the agreement.

The decision to divert the BLU munitions was taken amid the crisis between Israel and the United States over planned construction of Jewish homes in Jerusalem. The administration, including Secretary of State Hillary Clinton, has warned that Washington could reduce military aid to Israel because of its construction policy.

In 2007, after its war in Lebanon, Israel requested 2,000 BLU-109 live bombs from the United States. The 2,000-pound bomb, produced by Boeing and coupled with a laser guidance kit, was designed to penetrate concrete bunkers and other underground hardened sites.

Israeli ambassador to the United States, Michael Oren, was quoted as saying that his country faced its biggest crisis with the United States since 1975. A pro-Israel lobbyist said Oren was referring to the current U.S. embargo, which echoed a decision taken 35 years ago by then-President Gerald Ford after Israel’s refusal to withdraw from Egypt’s Sinai Peninsula. Oren has since denied the remark.

7 comments for “Obama Blocks Delivery of Bunker-Busters to Israel”