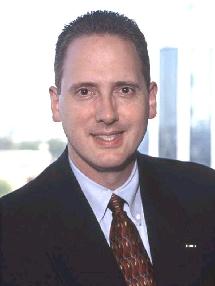 Back on February 8Th, 11 Israel hating Muslims were arrested for trying to shut down the free speech of Israel’s Ambassador to the US, Michael Oren, at UC Irving. One by one they stood up and ranted against Israel. Some even mentioning “genocide”. The “genocide” claim is one of their favorite talking points, and if Israel wanted to commit a genocide of the Palestinians they would not have fought a PC war against Hamas.

The mad Muslims can be seen in the video below.

Thankfully one of the few brave politicans that we have, has taken a stand and wants the Islamic group banned. We do not nearly have enough politicians that are willing to take a stand in this fight. Please show your support for Assemblyman DeVore, by calling or emailing his office. The contact information can be found HERE.

IRVINE — Assemblyman Chuck DeVore sent a letter to UC Irvine’s chancellor asking him to ban the Muslim Student Union from campus following several of the group members’ arrests while disrupting a speech by Israel’s ambassador to the United States.

DeVore, R-Irvine, who is seeking the Republican nomination for the U.S. Senate seat held by Sen. Barbara Boxer, D-Calif., also accused the Muslim Student Union of “passing the hat” for Hamas at a fundraiser for the “terrorist organization” last year.

“It’s time to ban this organization from campus,” DeVore said. “It’s not contributing anything of value to the campus.”

DeVore’s letter to UCI Chancellor Michael Drake requesting the ban of the Muslim Student Union follows the arrest of 11 students after allegedly disrupting a Feb. 8 speech by Israeli Ambassador Michael Oren at the campus.

UCI Media Relations Director Cathy Lawhon said the university’s response to DeVore’s letter is that UCI officials are considering the allegations against the 11 students and the Muslim Student Union. The students and organization face a range of discipline from a warning to expulsion, but it is not known when officials will decide on punishment, Lawhon said.

The university has been roiled by cries of anti-Semitism over the past several years when the Muslim Student Union booked pro-Palestinian speakers critical of Israel. DeVore has long criticized the group, even going to one of its events with a video camera to challenge a campus policy prohibiting videotaping campus events.

Hadeer Soliman, a spokesman for the Muslim Student Union, said in an e-mail interview last week that “a few” of the arrested students were members of the organization and that the group is “being implicated under a `guilt by association’ theory.”

Soliman could not be reached immediately to respond to DeVore’s call the ban the group.

UCI Law School Dean Erwin Chemerinsky, a noted constitutional scholar, defended the arrests in a commentary last week in the Los Angeles Times, but also disagreed with “those who call for draconian sanctions against these students or of punishment for a larger group. Only the students who were actually disruptive should be punished.”

None of the 11 students who were arrested have been charged, according to court records.