It is not even been two weeks since Obama and the UK’s Gordon Brown agreed to fund Yemen in the War on Terror. Now Yemen has returned back to their old policy of freeing al Qaida members, if they renounce terrorism. This is nothing more than a game to get US aid, and we fall for it over and over. Good work O!

SAN’A, Yemen – Yemen’s president said he is ready to open a dialogue with al-Qaida fighters who lay down their weapons and renounce violence, despite U.S. pressure to crack down on the terror group.

The United States has complained in the past that Yemen struck deals with al-Qaida fighters and freed them from prison after they promised not to engage in terrorism. Some later broke those promises and are now believed to be active in al-Qaida’s offshoot in Yemen.

President Ali Abdullah Saleh vowed that his government is “determined to stand up to the challenges” of al-Qaida and that his security forces will track down as many al-Qaida fighters as possible among those who refuse to stop violence.

But he left the door open for negotiations.

“Dialogue is the best way … even with al-Qaida, if they set aside their weapons and return to reason,” he said in an interview with Abu Dhabi TV aired late Saturday. “We are ready to reach (an) understanding with anyone who renounces violence and terrorism.”

The Obama administration says al-Qaida in Yemen has become a global threat after it allegedly plotted a failed attempt to bomb a U.S. passenger jet on Christmas Day.

Washington has dramatically beefed up counterterrorism funds and training for Yemen to fight the terror group, and last month Yemeni forces carried out its heaviest strikes in years on al-Qaida strongholds.

But Saleh’s government has been weakened by the multiple wars and crises in the impoverished, fragmented nation. Mistrust of the United States is widespread among the population, as is Islamic extremism. So the government is wary that an overly harsh assault on al-Qaida — especially with overt American help — could raise opposition.

Hundreds of al-Qaida fighters — foreigners and Yemenis — are believed to be sheltered in Yemen’s mountainous regions where tribes angry at the central government hold sway. Yemenis in the group have tribal links that make if difficult for security forces to pursue them for fear of angering the well-armed tribes.

The regime has also struck alliances with hardline Islamists to ensure their followers’ support. In a prayer sermon on Friday, Sheik Abdul-Majid al-Zindani — one of the country’s most prominent clerics — railed against U.S. pressure to fight al-Qaida, accusing Washington and the United Nations of seeking to “impose an international occupation of Yemen.”

The U.S. has labeled al-Zindani “a specially designated global terrorist” for alleged links to al-Qaida. But he is a close ally of Saleh, and the government denies he is a member of the terror group.

One al-Qaida sympathizer, Ali Mohammed Omar, warns that “any movement against al-Qaida will lead to the fall of the Yemeni regime,” because it will be stretched between counterterrorism, its ongoing war against Shiite rebels in the north and secessionist turmoil in the south. 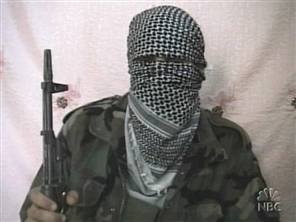 2 comments for “Yemen to Open Talks With al Qaida”