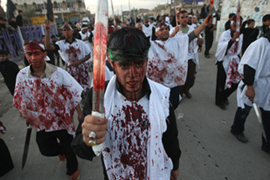 This past week in Iraq has shown us what “nation building” has created. This is not the fault of our brave troops, this is the fault of the US government which obviously did little research on Islam, before going into Iraq. Two holidays took place in Iraq this week. One obviously being Christmas in which Iraqi Christians were afraid to go to Church, because they were being targeted again.

“We don’t have the Christmas spirit like we did before,” George Judo said of his family’s holiday dinner. “We hoped to do more than this but the explosions, assassinations and bad security prevent us from having a normal everyday life and celebrating Christmas in a normal way.”

In the first of Wednesday’s attacks, a bomb targeted a historic church in the northern city of Mosul a day before Christmas Eve services, killing two people and wounding five.

“Instead of performing Christmas Mass in this church, we will be busy removing rubble and debris,” Hazim Ragheed, a priest at the church…..”

That’s OK, as long as Muslims are happy that is all that matters.

The second holiday is the Islamic one entitled Ashoura, which marks the seventh-century death of Mohammad’s grandson Hussien. For this holiday almost 3 million Shiites took to the streets to celebrate. If you think that these people stand with us before Islam, you are only kidding yourself. 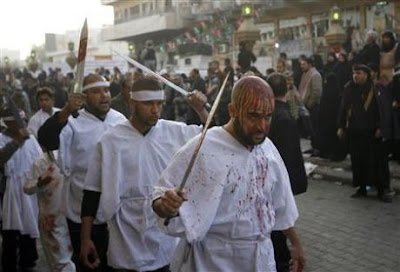 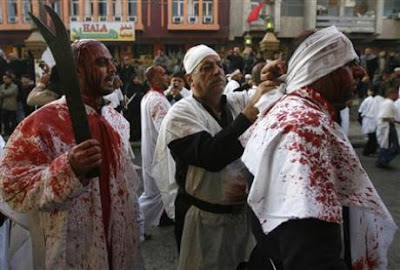 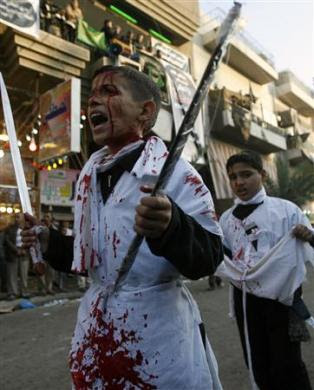 As I have been saying, no more nation building please!

14 comments for “The Islamic Republic of Iraq~Pictures”