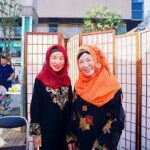 There are two camps in what is known as the “anti-jihad” campaign. The first being the Fantasy $ellers. A group that features so called experts such as Daniel Pipes of the Middle East Forum (MEF), Pamela Geller of the Geller Report, and Robert Spencer of Jihad Watch. All three have actually come out against banning Islam. Which implies that we can peacefully coexist with the ideology of war and perversion. All three support the Abraham Accords. Which implies that millions of Muslims can be trusted.