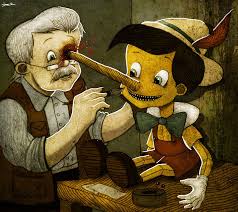 Just this morning I was telling a European supporter of North American Infidels that the media is one of our main targets next year. (That is NOT a threat of violence.) But since so much of the treacherous media cannot stop itself from trying to sugarcoat the threat of Islam, I have been forced to pick up the pace of our media rebuttals before the New Year.

Christianity and Islam are perfect, but Christians and Muslims are not

It is no doubt un-Islamic to crash planes into buildings, ruthlessly behead hostages or become suicide bombers and cause maximum carnage. The key is to realize that while all religions are perfect, believers aren’t. Unfortunately, however, many Muslims as well as non-Muslims don’t seem to appreciate that distinction.

(I will limit this article to Islam, because only Islam is on a worldwide jihad.)

If this were not such a serious issue, the propaganda in that article would be comical. Because there are more than three strikes in this first paragraph alone.

First of all there were not planes back when Islam was founded, but regardless Islam does bred terrorism.

It does call for ruthless beheadings.

Sahih International
So when you meet those who disbelieve [in battle], strike [their] necks until, when you have inflicted slaughter upon them, then secure their bonds, and either [confer] favor afterwards or ransom [them] until the war lays down its burdens. That [is the command]. And if Allah had willed, He could have taken vengeance upon them [Himself], but [He ordered armed struggle] to test some of you by means of others. And those who are killed in the cause of Allah – never will He waste their deeds.

According to the Bible Jesus was crucified.

The Crucifixion of Jesus
32 As they were going out, they met a man from Cyrene, named Simon, and they forced him to carry the cross. 33 They came to a place called Golgotha (which means “the place of the skull”). 34 There they offered Jesus wine to drink, mixed with gall; but after tasting it, he refused to drink it. 35 When they had crucified him, they divided up his clothes by casting lots. 36 And sitting down, they kept watch over him there. 37 Above his head they placed the written charge against him: this is jesus, the king of the jews. 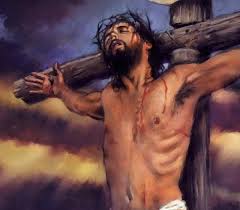 But Koranic verse 4:157 states he was not crucified.

Sahih International
And [for] their saying, “Indeed, we have killed the Messiah, Jesus, the son of Mary, the messenger of Allah .” And they did not kill him, nor did they crucify him; but [another] was made to resemble him to them. And indeed, those who differ over it are in doubt about it. They have no knowledge of it except the following of assumption. And they did not kill him, for certain.

So how can both religions be perfect?

As such, many non-Muslims tend to associate with Islam the barbaric acts of numerous terrorists who happen to consider themselves Muslims. Likewise, many mainstream Muslims tend to go on the defensive trying to explain to fellow Muslims and non-Muslims alike that such heinous acts are not Islamic. Of course those acts are not and cannot be Islamic!

Please notice how the author does not give any proof whatsoever to back up his claims. Just his obviously meaningless word.

What’s important is to acknowledge the distinction that while Islam, Christianity, Hinduism, etc., are perfect, Muslims, Christians, Hindus, etc., aren’t.

According to Islam there is only one God.

Sahih International
In the name of Allah , the Entirely Merciful, the Especially Merciful.

Sahih International
[All] praise is [due] to Allah , Lord of the worlds –

Sahih International
It is You we worship and You we ask for help.

But in Hinduism there are multiple Gods. Such as Annapurna.

What does Islam say about idolatry?

And fight them until sedition, idolatry, is, exists, no more and religion is all for God, alone, none other being worshipped; then if they desist, from unbelief, surely God sees what they do, and will requite them for it.

So once again, how can both religions be perfect?

Nash, your attempt to lump Islam in with other religions to make it seem benign has failed. Anytime you want to debate this issue, I can be found HERE.