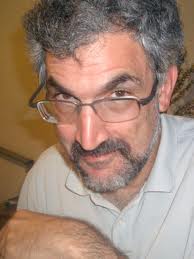 When we had left off in my “Daniel Pipes: “Ignorance at its Finest, as he Desperately Tries to Keep Islam Alive in America!” article, I had mentioned that Pipes was playing an evasive game. Today we take a closer look:

Already in this young century, a few positive signs in this direction can be discerned. Note some developments concerning women:

Saudi Arabia’s Shura Council has responded to rising public outrage over child marriagesby setting the age of majority at 18. Though this doesn’t end child marriages, it moves toward abolishing the practice.

Let me know when it actually happens.

Other notable developments, not specifically about women, include:

I could easily counter those points with an endless list of threatening Islamic actions against non-Muslims. But I do not want to my server to crash.

That’s it Daniel? That is all you can come up with in this “young century”? Should non-Muslims spend another century waiting for Islam to reform? No thanks, non-Muslims supporting Islam is the equivalent to Jews supporting Nazism. Why is it that Pipes is so adamant about saving Islam? Only a misguided fool would gamble on the governments of Iran and Saudi Arabia.

Pipes who is located in America, points to some incidents in Islamic countries. Meanwhile Islam marches across the America….

← Daniel Pipes: Ignorance at its Finest, as he Desperately Tries to Keep Islam Alive in America!
Daniel Pipes: I Respect Islam! →