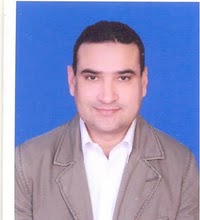 Yesterday I had a short Twitter conversation with a person claiming to be a civil servant of the Punjab Government. Here is the text.

LogansWarning Christopher Logan
@
@arif_mian The Sharia movement WILL be defeated in the West!

Arif’s bio is the following:

arif mian
@arif_mian pakistan
I am a civil servant with Punjab Govt and want to be servant of people.
http://www.secondriseofislam.blogspot.com

His message was the following:

arif_mian arif mian
@
@LogansWarning one must read writing on the wall. Western giant (USA) is about to fall along with its allies; but Islam will prevail there.

My response to the Sharia lover was:

LogansWarning Christopher Logan
@
@arif_mian Read this. There are millions of non-Muslims here that will not bow to Islam. You are going to have to kill us.

I have yet to hear back from him. Did you ever wonder how many more people in Pakistan feel like Arif does? Millions I’d bet…