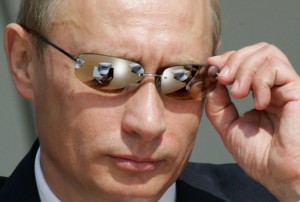 These Islamic attacks in Russia have come just days after dozens were killed by homicide bombers. Russia let Chechnya govern themselves, but of course Muslims are never satisfied. It is time for Mr. Putin to take the gloves off, and give the Islamic community a reason to play the victim card.

31/03/2010
A suicide bomber dressed as policeman is responsible for one of the blasts in Russia’s North Caucasus republic of Dagestan, local police and investigators said on Wednesday.

At least nine people including the local police chief were killed and six others were injured in two explosions in the town of Kizlyar on Wednesday morning.

An investigator told RIA Novosti that the suicide bomber struck as a team of investigators was working at the scene of the first explosion.