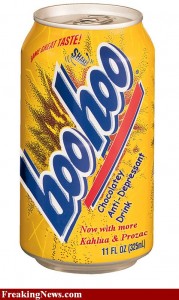 Just a few weeks ago Libya’s Gadhafi called for jihad against Switzerland, and now Iranian Muslims have targeted another European country. Muslims continually think that they can dictate the rules to the rest of the world. If Muslims cannot take criticism of their religion, or other freedoms of democracy, that is their problem. We should not be concerned.

In a letter to Iranian Foreign Minister Manouchehr Mottaki, Basij students from eight main universities in Tehran urged Iranian diplomatic authorities to swiftly cut ties with Sweden until Swedish officials apologize for the move and take meaningful measures against the insensitive media sources.

The letter said that Muslims have been suffering from such biased publicity by certain Western countries in the name of freedom and democracy. It described the move as a Westerm trend backed by the ‘international Zionism’ in recent years and added that its aim was to violate the sanctity of Prophet Muhammad (PBUH).

“We are witnessing the repeat of this nasty conspiracy by certain Swedish newspapers. They hold a grudge against the greatness of Islam and Qur’an,” it said.

The cartoons were first published in Sweden in 2007, prompting worldwide protests by Muslims.

“It is surprising and regrettable that the government of the Islamic Republic keeps questionable silence on the case. This silence is very hard and painful for those who love Prophet Muhammad (PBUH),” said the university students in their letter.

On Monday, Iranian Foreign Ministry Spokesman Ramin Mehmanparast urged Sweden to “seriously deal with” a Swedish newspaper which has republished a sacrilegious cartoon of the Prophet Muhammad (PBUH).

“Iran strongly denounces the reprinting of the disrespectful cartoons,” Mehmanparast said, adding that Tehran was concerned about the negative consequences of such “provocative acts.”

← Obama Blocks Delivery of Bunker-Busters to Israel
Islam 101: The Religion of Rape →

16 comments for “Iranian Students Urge Suspension of Ties With Sweden”