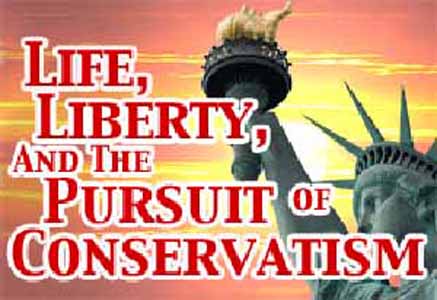 I know that plenty of us are excited about political candidate Lynne Torgerson, who recently stated that our country needs to wake up to the threat of political Islam. Well tonight she will be doing a live interview on the “Life, Liberty & the Pursuit of Conservatism” radio show. Details on tonight’s show are below, and please call in to voice your support. Thanks!

Tonight’s Topics: Lynne Torgerson and her campaign for the 5th US Congressional District of Minnesota

Heard every Sunday on BlogTalk Radio.com at 6:00 pm PT and now with its own NMA TV.com channel, hosts Babe Huggett and Warner Todd Huston dig deep to analyze the news with their usual insightful and historical approach & follow trends to their logical conclusions through a politically irreverent yet conservative, Christian viewpoint. Scheduled guests will enjoy their own featured segment. Phone in comments from listeners always welcome!

On tonight’s show:
This evening our guest will be lawyer and Constitutional expert, Lynne Torgerson, a gutsy and fearless independent, who is running for U.S. Congress representing the 5th Congressional District of Minnesota. She is running against incumbent Democratic Congressman, Keith Ellison, an avowed Muslim. Lynne advocates Islam losing its First Amendment status so you know there is going to be exciting and thought-provoking controversy surrounding her and her campaign!