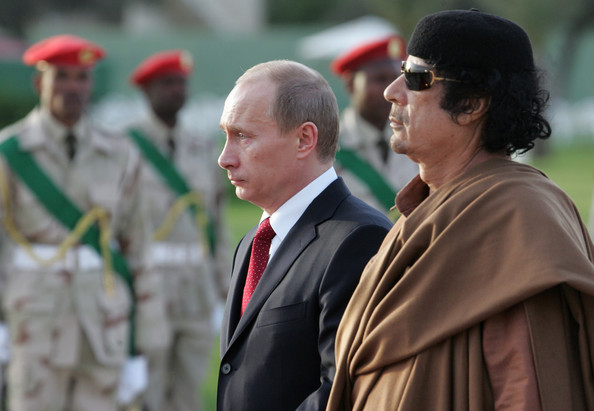 ← Councilwoman: Violence is What Islam is all About
US Beefing up Missile Defenses in Persian Gulf →
0 0 votes
Article Rating
9 Comments
Inline Feedbacks
View all comments

This is almost laughable. Lybia can buy all the high tech equipment they want, it helps the Russian economy, but they'll never be able to maintain it. Whatever they buy will be junk in a very short time…..it's happened before with the very same nitwits.

Yep, the saudis would have go back to camel humping if it weren't for the foreign "guest workers", slave labor would however be a much more appropriate label.

"It is hard to doubt which side Russia is on, in the inevitable showdown with the Islamic world. "

I think, fortunately, that Russia is only too aware of islam and muslims, having their own problems with the Chechens etc., As far as selling arms, it is pure business. In a way every dollar that the muslim world spends towards purchasing sophisticated weapons that they do not have the expertise in using, is a dollar less that they would be spending on their jihadi activities.

It would be great however if the entire free world came together and imposed an embargo on arms to the muslim world. Thus driving them to fight their jihad in the authentic koranic way: with the help of swords, camels and horses.

True, but Russia has given them their own Islamc state in Checyna.

True, but Russia has given them their own Islamc state in Chechnya.

I have suspected for a number of years now that Vladimir Putin has converted to Islam. This article convinces me that I am correct. Putin as we can all see is a supporter of radical islam. If he hasn't formally converted to Islam that's incidental.

The thought has crossed my mind as well. If he did I don't think that he did if cause he really cares for the religion, he did for the power.

advertising and *********** with Adwords. Anyway I am including this RSS to my e-mail and could glance out for a lot more of your respective intriguing content. Ensure that you replace this once more very soon..