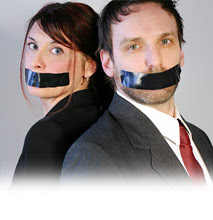 Several months ago a report from the UK was published stating that Muslims were calling for war from within their Sharia Courts. Apparently that is OK, but Christians making a truthful statement about Mohammad is not. This is just another example of Muslims trying to scare us silent on Islam.

Christian couple in court over comments about Islam
by Jenna Lyle
December 8, 2009

Christian hotel owners Ben and Sharon Vogelenzang go on trial today for comments they made about Islam.

The couple, who own the Bounty House Hotel in Liverpool, are being prosecuted for a religiously aggravated public disorder after a Muslim guest complained they had made offensive comments to her on March 20.

They allegedly described Muslim dress for women as “bondage” and described the Prophet Mohammed as a “warlord”.

Their legal defence is being funded by the Christian Institute. Its director Colin Hart is appealing to Christians to pray for the couple as they stand before Liverpool Magistrates’ Court today and tomorrow.

“We believe that it is the first case of its kind in the UK and could have significant implications for the religious freedom of all Christians,” he said.

The Vogelenzangs fear the court case could lead to financial ruin after a nearby hospital stopped referring patients to the hotel over the accusations. The Christian Institute said the move had led to an 80 per cent drop in the hotel’s income. They face a £5,000 fine and criminal record if found guilty.

Their defence lawyer David Whiting said: “Ben and Sharon do not accept they were threatening, abusive or insulting.”

34 comments for “UK:Two Christians go to Trial for “Insulting” Islam”