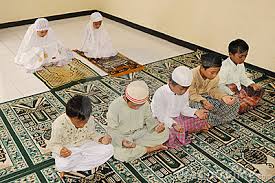 I will give them one thing. Muslims just continue to find ways to lure people to their cult of hate called Islam. This time we see the bait is a creepy Muslim like robot, which actually gets into prayer position. A sure-fire way to lure innocent children in.

To make matters worse, this video appeared in Popular Mechanics. They approve of it!

Science and religion don’t always see eye-to-eye, but one teacher has built a robot that helps teach Muslim students how to pray. It’s a little unnerving to see a robot perform a uniquely human trait like bowing toward Mecca, but we think it’s pretty cool nonetheless.

← Sheik Faarooq al Mohammedi to LW: Christianity is the Anti-Christ, We OWN the US Military!
My Third Encounter With Christianity…. →

10 comments for “Muslim Invents Robot In Order to Entice Children to Recite the Islamic Prayer of Hate!”