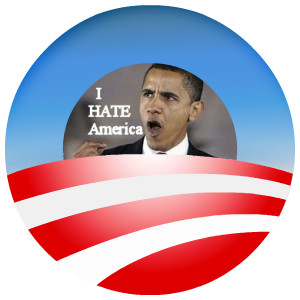 The laundry list of Obama supporting the enemy is getting longer and longer. Three other recent articles that show us examples of this are “US Terror Blacklist Whitewashes Hamas, Enables Funding”, “Obama Welcomes Islamic Terrorist Into America”, and “Obama/Gates: We Recognize the Taliban”. Don’t blame me, I did not vote for him.

(IsraelNN.com) The United States announced on Thursday that it will donate $40 million to the United Nations Relief and Works Agency for Arabs in the Palestinian Authority-assigned areas, Jordan, Lebanon and Syria who fled when Israel was established in 1948. About a quarter of the package is supposed to be designated for food and the creation of jobs. The rest is for maintaining basic services provided by the agency.

The American funding comes despite a report commissioned by the European parliament, which showed that Hamas terrorists have been chosen by the agency’s labor union to oversee its Gaza facilities, which was part of a Canadian decision last month to stop its UNRWA funding.