One of the ugliest weapons in the Islamic supremacist arsenal in the U.S. is Loonwatch, a site dedicated to smearing and defaming everyone who opposes the jihad agenda. The site’s authors carefully guard their anonymity, probably to guard against defamation suits from their targets. But one of their chief writers, “Garibaldi,” has recently outed himself as none other than Nathan Lean, editor-in-chief of Aslan Media and author of a book entitled “The Islamophobia Industry,” which attempts to convince Americans that concern about jihad is the result of fiendish “Islamophobes,” not of 20,000 jihad attacks since 9/11.
Evidence 1:
Recently in writing about Mr. Spencer, Garibaldi wrote this in a comment on his own article about Spencer’s private life:

He is not celibate, he’s married. In the course of digging on the internet, I also learned the name of his wife and children, though that isn’t really germane to the discussion so I won’t advertise it.

Who else has dug on the Internet and found the names of Mr. Spencer’s wife and children? Nathan Lean. Spencer has written of Lean: http://www.jihadwatch.org/2012/08/nigeria-jihadists-threaten-countrys-top-spies-by-publishing-their-home-addresses-and-names-of-family.html

Four months after that, he sent Mr. Spencer an email calling him a “dumb fuck” and adding “But, having a look at this, I kind of pity you,” which was followed by a link containing a photo of a woman in the same city. The woman has the same surname Spencer; apparently Lean thought she was his wife.
(Click on image to enlarge, the photo in question has been deleted.) 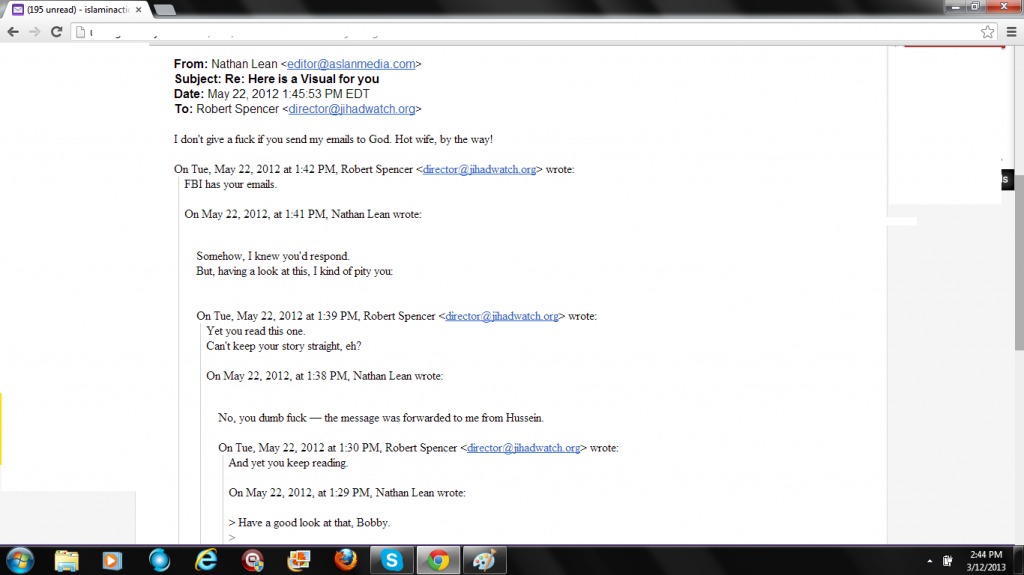 Evidence 2:
Garibaldi wrote of Mr. Spencer in a comment:

But the shaggy walrus beard and so forth indicates its him.

I told you. I’m into women not walruses.

Evidence 3:
Garibaldi interviewed Aslan for Loonwatch. Most of the interview was made up of nasty ad hominem attacks on Mr. Spencer: http://www.loonwatch.com/2011/11/exclusive-loonwatch-interview-with-reza-aslan/ 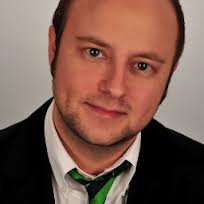