Shortly after the Logan’s Warning reporting team filmed the exclusive interviews from  the “Save India from Islam” rally in NY, we received the following warning from the United Muslim Nation International Organization (UMNI):

By Allah, we are destined to rule India and there is nothing you can do about it.

We have now made the Govt of India to enforce Islamic Law.
We split India once and formed Pakistan, now we want all of it and no one will stop us.

The Govt of India has also received our instructions:

As I have been saying, appeasement does not work with Muslims. They will always want more, and will selfishly not stopping pushing. Showing no regard for the beliefs of non-Muslims. 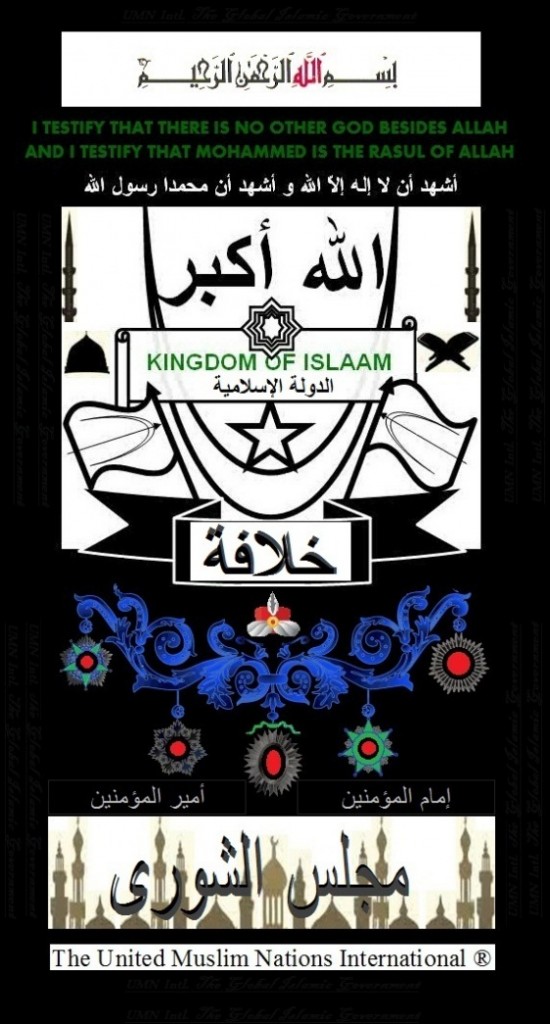 According to a World Net Daily (WND) report, UMNI had recently released a 23-page booklet entitled “The Global Islamic Civilization: The Power of a Nation Revived”.  The booklet calls for the destruction of Christianity, and the Islamic domination of the world.

“Christianity should be destroyed and wiped from the face of the earth,” al-Mohammedi said. “It is an evil demonic and Anti-Christ system, all Christians are in complete Ignorance.”

“Islamic Power has returned upon the face of the earth and the Revived Global Caliphate has set eyes on the West to once and for all rid the world of Christianity and there is nothing you can do about it,” al-Mohammedi said.

Not only is this slave to Allah threatening to wipe Christianity off the face of the earth, apparently he threatened to do the same to the employees of WND.

“‘If you do not comply then WND and it’s (sic) employees will become targets for our UIA agents who will eliminate you within America,’ said an email today from Faarooq al Mohammedi, who has said he is working on behalf of a Muslim organization called United Muslim Nations International organization,” the WND story said.

Looking at the Sheik’s website we see that his bio was either written by someone who bows to him, or he has an overblown ego as he speaks of himself in the 3rd person. 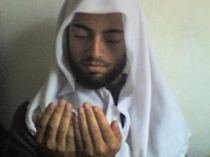 Personality Tests conducted: He has a wide range of knowledge and wisdom, is a natural genius with an IQ above the norms. He scored 100% as a fully trustworthy person, and he has a slight temper but is not a violent person and prefers logical reasoning. He challenges his opposition within a cool and calm manner, he provides undeniable facts and demands proof from his opposition on all issues and he is usually very hard and to the point. He pops the odd joke when his opposition displays anger to ease the tension and allows for reality, peace and understanding to set in. He usually uses his opposition’s own evidence and turns it against them with hard facts.

Shiek, I’m always up for a debate in order to expose the harsh realities of Islam. But….

Advices on approach: Choose your words very wisely and be careful of what you say because Al-Faarooq is quick to find laws in any argument, do a proper study before entering in debate with him. Watch out for questions from him because he can easily turn your answers back on you so answer his questions with proof, again I remind you that your own proofs can turn against you in a split second. The most well known debaters have failed miserably in their attempts, he will leave you feeling hopeless as if you have lost everything in your life but always ends off with a word of hope and reality. Taken from one of his usual end offs is the well known words “I know you feel like you have lost everything but you have not lost anything, you have only rid yourself from lies, you now have a new start, a new life, you have us the entire Muslim World to help you and we welcome you to the Kingdom of Islaam with love and warmth into our brotherhood, contemplate and take one day at a time, the Almighty gave us choices in life whichever rout you choose it is your choice but remember we love you and we respect you; even though you never thought we do but we do and now you know, go in peace and may Allah guide you.”

Personally I find the above commentary comical, and these guys are not even bright enough to see there is not much to debate. They have already showed their hand by stating they want to wipe Christianity off from earth. But that’s OK, let the Sheik show up. I will further expose him. 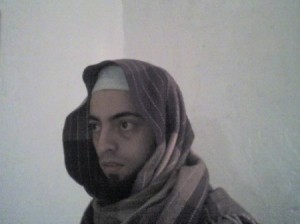 As a matter of fact I’ll start. There was a lot of boasting going on in that bio. Did ye great one miss this Koran verse?

Those who avoid grave sins and abominations, excepting lesser offences, that is, minor sins, such as a look, a kiss or a touch (this constitutes a discontinuous exception, in other words the meaning is: but lesser offences are forgiven by the avoidance of grave sins). Truly your Lord is of vast forgiveness, for such [lesser sins] and for accepting repentance. The following was revealed regarding those who used to say, ‘[What of] our prayers, our fasting, and our pilgrimage!’. He knows you best [from the time] when He produced you from the earth, that is to say, [when] He created your father Adam from dust, and when you were hidden [fetuses] (ajinna is the plural of janīn) in the bellies of your mothers. So do not claim purity for yourselves, do not praise yourselves, that is, in admiration; but [if it is done] in recognition of [God’s] grace, then that is fine. He knows best those who are God-fearing.

From the Reliance of the Traveller, approved by Egypt’s Al Azhar University. p:770:
Holding One’s Tongue

r34.2 The Prophet (Allah bless him and give him peace) said,

“Allah has inspired to me that you are all to be humble towards each other such that no one transgresses against or exalts himself above another.”

Mohammedi you will not win here, and you will NOT win your war on non-Muslims. Mark my words slave!

← US Embassy in Cairo DISGRACES the US Flag!
Logan’s Warning to Egypt’s President Morsi and Turkey’s PM Erdogan… →