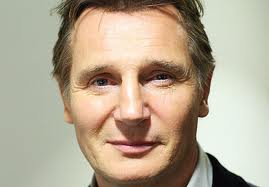 Will actor Liam Neeson join the list of other celebrity traitors to the UK? Three others who have joined the ideology of the enemy are Abdul Raheem Green, Tony’s Blair’s sister-in-law Lauren Booth, and UK Soccer Star Marlon King.

Liam Neeson: I may become a Muslim
Catholic movie star is thinking about changing faith
by PETE SAMSON

HOLLYWOOD star Liam Neeson is considering giving up his Catholic belief and becoming a Muslim.

The actor, 59, admitted Islamic prayer “got into his spirit” while filming in Turkish city Istanbul.

He said: “The Call to Prayer happens five times a day and for the first week it drives you crazy, and then it just gets into your spirit and it’s the most beautiful, beautiful thing.

“There are 4,000 mosques in the city. Some are just stunning and it really makes me think about becoming a Muslim.”

Liam was raised in Northern Ireland as a devout Catholic and altar boy and was named after the local priest.

But the star — whose wife Natasha Richardson died aged 45 in a skiing accident in 2009 — has spoken about challenges to his faith.

He said: “I was reared a Catholic but I think every day we ask ourselves, not consciously, what are we doing on this planet? What’s it all about?

Liam, did you know under Islamic Law the non-Muslims in your family will be treated as second-class citizens?

Have you really thought this through Liam?

For those who have never heard the Islamic call to prayer, it can be listened to in the following video.

I’ll pass on the noise pollution!

364 comments for “Actor Liam Neeson: I may Become a Muslim”