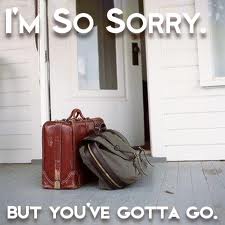 Besides calling for an end to all Muslim immigration, I have also been calling for all Muslims to be discharged from the US Military. Now finally a US politician has echoed the call! State Rep. Womick (R-TN), has done the right thing, and has called for all Muslims to be discharged from the US Military. Besides the treacherous Islamic terrorist attack at Fort Hood, there are other reasons Muslims should not be trusted with positions in the US Military. Another would be the four Muslim discharged last February after talk of a food poisoning plot, and a perfect example of why Muslims cannot be trusted in military positions is Koshin Mohamed, Special Combat Engineer 4Th Engineering Bat. 569 Company, US Army. Koshin was and might still be stationed at Fort Carson in Colorado.

Last year, the Somalian Muslim showed up here and tried to debate me on Islam. During the debate a lot was revealed about him. The first was that he joined the US Army to see “to see Muslim communities served by American soldiers”. His concern was how his Muslim brothers and sisters were being treated by America. The second was that he was hellbent on defending Islam.

KM: So, to claim Muslims and Islam is not tolerant is cheap propaganda…

Believe me, if America ever insulted my religion, attacked my religion, and violates my personal property without due process, I will be the first one to declare Jihad and come to the defence of my religion.

Yes your read it correctly! It doesn’t sound like it will take much to set him off, does it?! How many more Muslims in the US Military are contemplating joining the other side? How many are just training within our military to turn on us? How many have joined just to expose military secrets to their Islamic brothers overseas? Is their enrollment really worth the risk? Of course not!

I hope other US politicians will follow suit, and do what is best for America. NO Muslims in the US Military! I urge all readers to contact Mr. Womick in an show of support. You can call his office at 615-741-2804, or he can be emailed by clicking HERE.

As for Koshin, first I reported him to his Commanding Officer. But days later he was still posting on Logan’s Warning. Then I contacted the FBI, Congressman Allen West, and Peter King, Chairman of the House Homeland Security. A day or so later the FBI wrote back, saying they are on it and might contact me for more information. That day I wrote back to Koshin “I”ll join the jihad” Mohamed’s commanding officer, and told him that these other authority figures have been alerted. I have not heard from Koshin since.

69 comments for “US Politician Calls for All Muslims to be Discharged From Military!”