This will be the closing segment of NYC’s 26Th Annual Muslim Day Parade series. At the end of the slaves to Sharia march down Madison Ave to 27Th St, there was a vendor area. In the area there was food and apparel for sale. 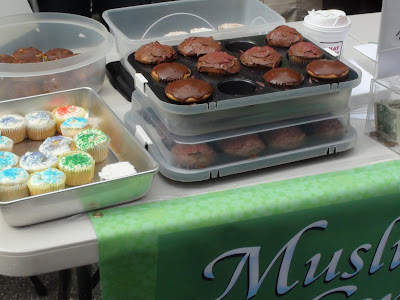 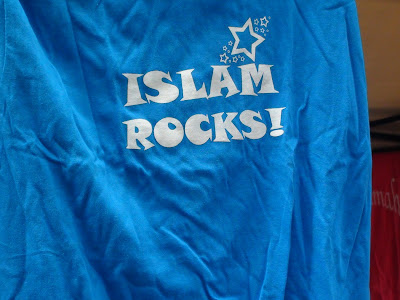 When they say “Islam rocks”, are they talking about punishing people by stoning them to death? 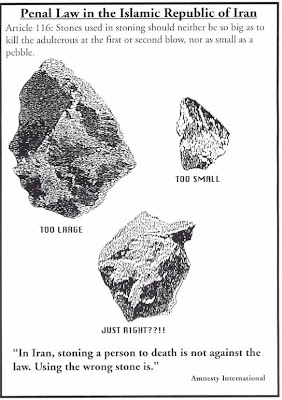 After looking around at the various booths there was one that I was most interested in. The dawa (proselytizing of Islam) booth. 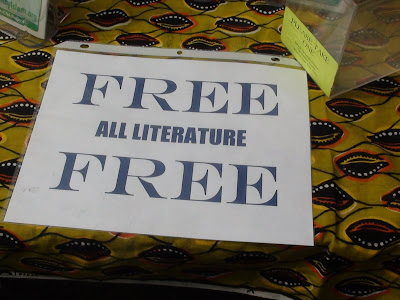 Curious as to what they were “preaching”, I took one of just about 3/4 of the literature they were giving away. As I was picking up the material I said hello to one of the three Muslim men in the booth. He came closer and made sure I had a brochure on Mohammad. 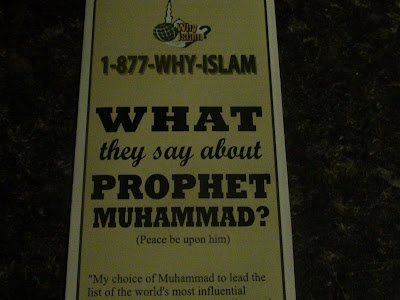 After he handed it to me, he said to read all the literature. That I have “a great opportunity to learn, and gain knowledge”. He was acting like Islam is some great mystical belief system. When in fact it is stuck in the past, and that is where it belongs! I thanked him and walked away. As I was leaving the vendor area, two questions came to mind. The first being, where did all the money come from to hand out so much free literature?

(This is just what I took home, and everything was brand new.) 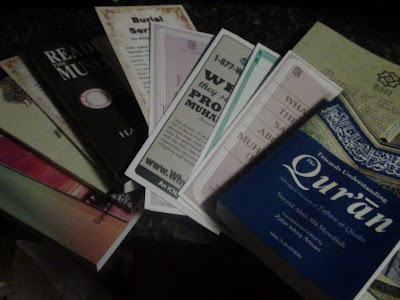 The second being, would the Koran be watered down in order to present a religion of peace facade? The Koran that was given to me is entitled “Towards Understanding The Qur’an” Abridged Version of Tafhim al-Quar’an. Sayyid Abul A’la Mawdudi.

First we will take a look at some of the other handouts I received at the parade though.

One of the other ones was this instant zakat package: 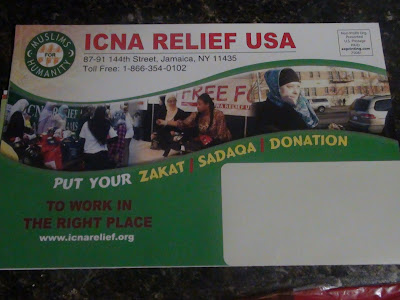 Another was an advertisement from the Razi School located in Woodside Queens, NY. Razi is the school that had young girls sing a song which contained the words, “For you (Allah) I give my life”. 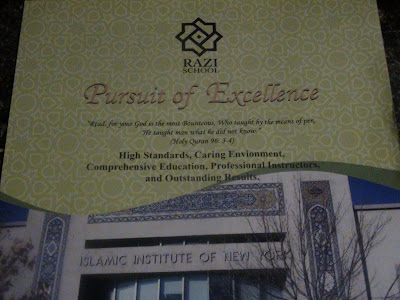 The final piece we will look at besides the Koran, is the following bumper sticker: 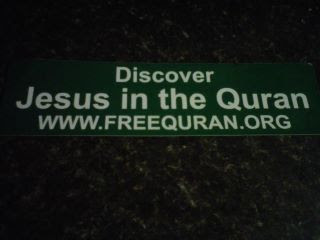 OF COURSE, they did not mention that the Jesus in Islam, is not the same Jesus as known in Christianity. According to the Islamic scriptures Jesus will come back and destroy Christianity.

I am pretty sure that the Jesus of Christianity would not agree with that!

Now we move onto to see if the Koran was whitewashed. When I got home I opened the book and saw that at the bottom of each page there was an explanation of the above Koran verses (ayats). Let us now take a look at a few verses to see what they were hiding or not hiding.

Those who do not believe in Allah and the Last Day – even though they were given the scriptures, and who do not hold as unlawful that which Allah and His Messenger have declared to be unlawful, and who do not follow the true religion – fight against them until they pay tribute out of their hand and are utterly subdued.

The purpose for which the Muslims are required to fight is not, as one may think, to compel the unbelievers into embracing Islam. Rather, its purpose is to put an end to the suzerainty of the unbelievers so that the latter are unable to rule over the people. The authority to rule should only be vested in those who follow the True Faith; unbelievers who do not follow this True Faith should live in a state of subordination. Anyone who becomes convinced of the Truth of Islam may accept the faith of his/her own volition. The unbelievers are required to pay jizyah (poll tax) in return for the security provided to them as the dhimmis (“Protected People”) of an Islamic state. Jizyah symbolizes the submission of the unbelievers to the suzerainty of Islam.

He it is Who has Sent His Messenger with the guidance and the True Religion that He may make it prevail over all religions, howsoever those who associate others with Allah in His Divinity might detest it.

The word used in the verse is al-din. In Arabic this word signifies a way of life to which one subjects oneself because of one’s belief that he who prescribed it enjoys supreme authority and is worthy of obedience. The verse makes it clear that the purpose of the Prophets was to establish the supremacy of the Guidance and the Right Way revealed to them by God and make them prevail over all other systems of life. In other words, a Prophet is never sent with a sanction to let the way of life revealed to him be subjected to other ways of life. Nor is a Prophet sent to be content to live at the sufferance of the false ways of life which might hold sway. Since a Prophet is the representative if the Lord of the Universe, he seeks to make the Right Way prevail. If any other way of life continues to exist, it should be satisfied with the concessions made to it by Islam. For example, the rights granted to the dhimmis to enjoy the protection offered by Islam in lieu of jizyah. The opposite of this should not happen, i.e. the unbelievers should not be dominant and the believers should lead the life of dhimmis instead.

O Prophet, We have made lawful for you your wives whose bridal dues you have paid, and the slave-girls you possess from among the prisoners of war…

That is, in addition to these five wives (i.e. Zaynab, and the four mentioned in n.15 above) the Prophet (peace be on him) was also permitted to take other wives belonging to the categories mentioned in the present verse.

As you can see in those three verses they were not hiding a thing. I and many others have been saying that Islam calls for the dominance over non-Muslims. But since America is in a state of weakness because of the politically correct disease, many Muslims are not hiding their agenda.

← Exclusive~ Muslim Parade~ Muslim Girls Sing, “For you (Allah) I give my life”
NYC: ISLAMIC FRIDAY PRAYER AT WALL STREET! →