The poppy burning members of the UK’s Muslims Against Crusades continue to push their Sharia agenda. This picture was on their website tonight. But as of now, no other information is available. 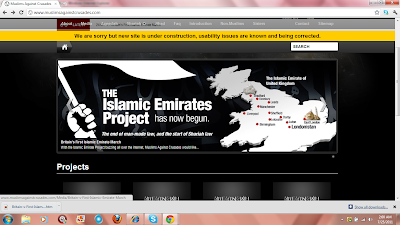 As I have said, Sharia needs to be banned. The Sharia courts raided, and those who call for Sharia arrested and charged with treason. Start with IslamoPUNK Anjem Choudary.

37 comments for “UK Muslims: The Islamic Emirates of United Kingdom”