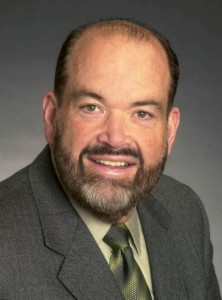 The behavior of Muslims today verified a key point made by Pastor Jones. Additionally, the Mayor of Dearborn, Michigan has lined up to march in step with Dearborn’s pro-Islamic procession. The procession is led by the powerhouse coalition which includes the Detroit Archbishop, Dearborn Police Chief Haddad, and Assistant Prosecutor Robert Moran. As evidenced by his statements, the Mayor is completely ignorant when it comes to the threat of Islam. Ignorance of the dangers only leads to appeasement, which will eventually cause the slow death of our Western Civilization… It is up to us to continue to recruit our fellow Americans in this war with Islam!

Dearborn Mayor: Jones is a troublemaker

Jones made his speech Friday on the steps of Dearborn City Hall, lashing out against Islam and President Barack Obama, although much of what he said was drowned out by a group of protesters across the street, the Detroit Free Press reported Saturday.

Jones allegedly provoked the crowd, and when angry protesters pushed past police barricades, dozens of police officers in riot gear stepped in to separate the two sides.

Only one sentence into the interview, and the Mayor already displays his ignorance. WRONG, Mayor, Jones’ goal was to speak out against a serious threat to our freedom, the rising tide of Islam in America! Men with character fight what is wrong, and it does not get any wronger than Islam.

O’Reilly said Jones is a troublemaker who promotes fear among Americans during a time of economic concern. His goal, O’Reilly said, is to make money for his Florida church.

“He’s got an online business of creating fear and hatred,” O’Reilly said.

It seems obvious that the Mayor has not bothered to take the time to research this issue. It’s likely that he wants to take the easy way out and purposely remain blind to the truth about the perils of Islam. “Leaders” like him only make things much easier for the enemies of Western Civilization!

The Mayor can be reached HERE.

← Located in California, Member of Pakistan’s Govt Responds to Logan’s Warning!
Islam 101: What Islam REALLY Says About Jesus and His Return… →

24 comments for “~The Ignorant Mayor of Dearborn~ ANOTHER Stooge of Islam!~”