About a week ago, after doing some online research about Islam in Brooklyn, I decided to venture into the Kensington section of Brooklyn. My destination was the area around the cross section of Church Ave. and Chester Ave. I know: two avenues meeting sounds weird, but they do! 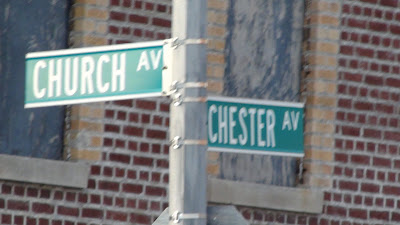 The exact date was Thursday, January 6th. The call to prayer was supposed to be broadcast at 2:26 PM.

But just like with Masjid At-Taqwa in the Bedford-Stuyvesant section of Brooklyn, it did not go off on schedule. Instead of just leaving I figured I would stick around awhile and take some pictures. 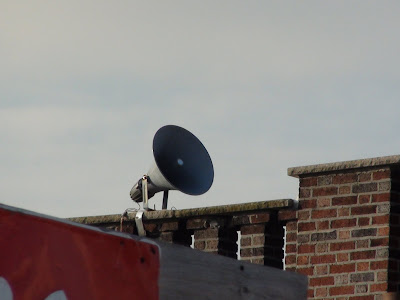 As I crossed the street to take a picture of the Mosque, I did not notice anyone in the vicinity. 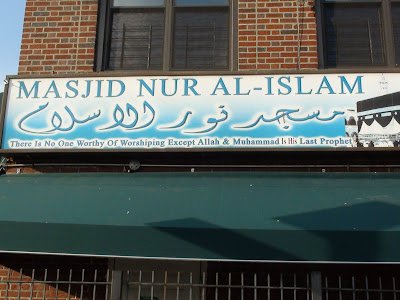 After snapping the pictures, however, things quickly changed. A Muslim woman in a headscarf was walking right past me. She had clearly seen what I was doing, and I was not sure if she was going to alert the Mosque members. So, at that point, I headed back across the street, deciding to circle the block. After walking about a block and a half and considering that the call to prayer was supposed to be broadcast at least 10 minutes ago, I put my camera away and started to head home. Then, out of nowhere, the call to prayer came blasting across the area! I quickly took my camcorder out and headed towards the Mosque.(I left the video unedited so everyone can hear for how long the call lasted.)

As soon as the Islamic call of domination was over, I wanted to take a look at the surrounding neighborhood. Heading back across the street, I looked up and saw this: 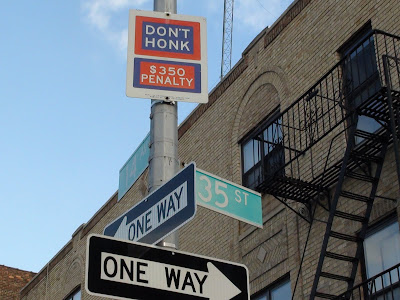 How come there is not a “no blasting the call to prayer sign”? From there, camera in hand, I continued to venture up the block and across the street. As soon as I reached the middle of the next block, a Muslim man on his cell looked at me and stopped dead in his tracks! Walking past him, he quickly did a 180 with his eyes glued on me. I was not sure if someone from the Mosque had called him, or if he just did not want someone filming in what he believes should be a Muslims-only neighborhood. Either way, I walked about 10 feet, turned around, and realized that he was following me. When he saw me turn around, he stopped, too, and stared. I continued to walk towards the corner, and when I turned around, he stopped in his tracks again, eyes still glued on me. I glanced around and noticed a business that I wanted to snap a photo of then. So I crossed to the adjacent corner, and my new friend stayed across the street, leaning against a building, just watching me. I contemplated whether or not to take a picture of him, but I figured that there was no point in potentially escalating the situation. So, I took the final two pictures of interest to me and headed out of the neighborhood. 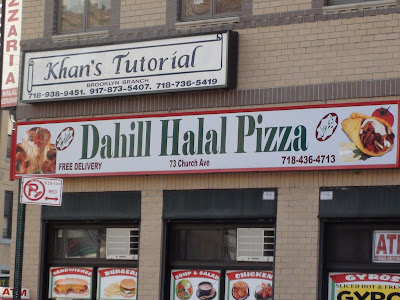 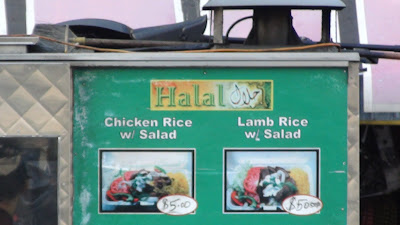 Another piece of America falling to Islam…

62 comments for “Brooklyn: ANOTHER Mosque Blasts Call To Prayer For ALL To Hear!”