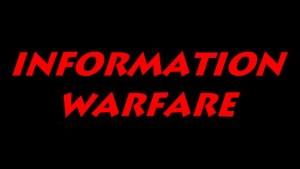 Recently I was viewing the MuslimMatters.org website, and on it there is an article about a new group entitled MuslimResponse.com. Here is part of the interview with their VP of Media Relations, Asmaa Hussein.

Haytham: Can you summarize what MuslimResponse.com is all about?

Asmaa: Muslim Response is a non-profit and non-political information dissemination project. Its vision is to fill the void in the media where mainstream Muslim thoughts should be; by presenting responses around hot-topic event headlines, with a focus on issues concerning Islam and Muslims, Muslim Response is geared to go viral! The team will be releasing well-researched, balanced and high quality professional responses through the website and various social media outlets.

Haytham: So what prompted your team to start this project?

Asmaa: As Muslims who have been raised in the West, we know that it can be very hurtful and demoralizing to continuously read and watch journalists and members of the public misunderstand and misrepresent Islam and Muslims. We cringe when we hear people disrespecting our beloved prophet Muhammad (peace be upon him) and his teachings, or wilfully take verses from the Qur’an out of context. Although many of us have been born and raised in the West, we may still feel at odds with the media’s lack of truthful and adequate representation of our communities. Unfortunately, the media spotlight is often projected onto fringe groups that do not represent the majority of Muslim thought.

In other words they are a Muslim con team, and we can already see that they cannot deal with us criticizing their so called prophet. That is on them, and no one should sugar-coat what Islam is, because of the “feelings” of Muslims. If they don’t care for free speech, they can always move to an Islamic country.Their first project was a video response to Pastor Jones now cancelled “Burn a Koran Day”. In the video they only tell us part of the story…

At the 1:00 mark the character in the video tries to make sound like Islam respects Christianity and Judaism. The producers of the video conveniently leave out these parts of the Koran.

The verse that tells Muslims not to befriend Jews and Christians.

The one that calls for the extortion and dominance of Christians.

The one that says non-Muslims are beasts for not being a Muslim.

She also fails to tell the viewers that the Islamic version of Jesus, is different from the Jesus of Christianity.

At the 1:45 mark, the spin that Islam respects women starts. Of course she does not mention the fact that Islam allows the taking of sex slaves. Which in the modern world, is kidnapping and rape. That is some kind of “respect”.

Koran verse 004.024
YUSUFALI: Also (prohibited are) women already married, except those whom your right hands possess: Thus hath Allah ordained (Prohibitions) against you: Except for these, all others are lawful, provided ye seek (them in marriage) with gifts from your property,- desiring chastity, not lust, seeing that ye derive benefit from them, give them their dowers (at least) as prescribed; but if, after a dower is prescribed, agree Mutually (to vary it), there is no blame on you, and Allah is All-knowing, All-wise.

The meaning of what “right hands possess” is explained in Islamic Law, the Koran, and the ahadith.

“The Reliance of the Traveller, A Classic Manual of Islamic Scared Law”. This book has the stamp of approval of Al Azhar, the highest learning Islamic school in the world.

This is backed up by other verses in the Koran.

Koran verse 008.069
YUSUFALI: But (now) enjoy what ye took in war, lawful and good: but fear Allah: for Allah is Oft-forgiving, Most Merciful.

At the 2:10 segment of the video, she tries to downplay the fact that Muslims do want to replace the US Constitution with Sharia Law, and states that our constitution works hand in hand with Islam. Here are just a few examples of this obvious lie.

Koran verse 09.029
YUSUFALI: Fight those who believe not in Allah nor the Last Day, nor hold that forbidden which hath been forbidden by Allah and His Messenger, nor acknowledge the religion of Truth, (even if they are) of the People of the Book, until they pay the Jizya with willing submission, and feel themselves subdued.

The 8th Amendment guarantees that punishments will be fair, and not cruel, and that extraordinarily large fines will not be set. This sounds pretty cruel to me.

Koran verse 004.092
YUSUFALI: Never should a believer kill a believer; but (If it so happens) by mistake, (Compensation is due): If one (so) kills a believer, it is ordained that he should free a believing slave, and pay compensation to the deceased’s family, unless they remit it freely. If the deceased belonged to a people at war with you, and he was a believer, the freeing of a believing slave (Is enough). If he belonged to a people with whom ye have treaty of Mutual alliance, compensation should be paid to his family, and a believing slave be freed. For those who find this beyond their means, (is prescribed) a fast for two months running: by way of repentance to Allah: for Allah hath all knowledge and all wisdom.

Koran verse 012.030
YUSUFALI: Ladies said in the City: “The wife of the (great) ‘Aziz is seeking to seduce her slave from his (true) self: Truly hath he inspired her with violent love: we see she is evidently going astray.”

Of course she brings up the freedom of religion part of the US Constitution. This is nothing more than an attempt to try and get us to back off from criticizing Islam. Don’t fall for it.

At the 2:42 mark she brings up Koran verse 5:32. But she leaves out the most important part of it. The part where it OK to kill someone for “spreading mischief in the land.” “Mischief” can be defined as almost anything.

Koran verse 005.032
YUSUFALI: On that account: We ordained for the Children of Israel that if any one slew a person – unless it be for murder or for spreading mischief in the land– it would be as if he slew the whole people: and if any one saved a life, it would be as if he saved the life of the whole people. Then although there came to them Our messengers with clear signs, yet, even after that, many of them continued to commit excesses in the land.

I will now post a link to this article on their YouTube page. Lets see if they come here and try and spin it some more.

← Survey Says: Muslims are not Interested in Assimilating
Islam and What it Means to Christians →

52 comments for “MuslimResponse.com: What They do not Tell you”