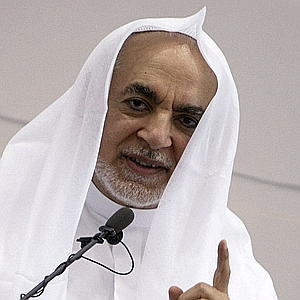 I continually see the media calling the Imam of the proposed Ground Zero Mosque a “moderate”. But the truth is that no Muslim who supports Sharia is a moderate, because Sharia calls for the domination of non-Muslims. Here is what the Imam had to say about Sharia to the Jordanian newspaper al-Ghad.

Hat tip to Ryan, with some help from the Desert Queen.

Here it is in Arabic.

“People asked me right after the 9/11 attacks as to why do movements with political agendas carry [Islamic] religious names? Why call it ‘Muslim Brotherhood’ or ‘Hezbollah (Party of Allah)’ or ‘Hamas’ or ‘Islamic Resistance Movement’? I answer them this — that the trend towards Islamic law and justice begins in religious movements, because secularism has failed to deliver what the Muslim wants, which is life, liberty and the pursuit of happiness. . . .The only law that the Muslim needs exists already in the Koran and the Hadith.” A state based on the Koran and Hadith could only be called a theocracy

To the non-Muslims who support the Imam. Do you hate apostates from Islam, and homosexuals? Because Islamic Law calls for the death of both groups.

O8.1 When a person who has reached puberty and is sane voluntarily apostatizes from Islam, he deserves to be killed.

It is time to withdraw your support for Imam Rauf.

← UK: Crazed Muslim mob Burns America Flag~ Video
My Experience at the 911 Rally in NYC~Taking it to the Streets~ Videos →