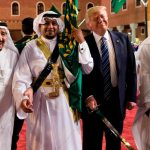 Team Trump Cancels a Brigitte Gabriel’s ACT! Booking When I first reported that President Trump had done a 180 on the issue of Islam, a lot of people did not want to hear it. Refusing to face the evidence. Evidence…

END_OF_DOCUMENT_TOKEN_TO_BE_REPLACED

On April 6, I published an article entitled “United States Department of Jihad!” The article was about the pro-Islamic actions of Obama, Eric Holder, United States Attorney General, Head of Department of Justice, and John Brennan, Assistant to the President for Homeland Security and Counterterrorism. As predicted, our government was not done bowing down to Mohammadism! Over the past 48 hours, our State Department hosted the U.S. Islamic Forum. This Forum was led by Hillary Clinton, who has commented that Islam and women’s rights are compatible. At best, Hillary’s statement refects ignorance. Being the highly educated woman that she is, her comment more likely is a bold lie!