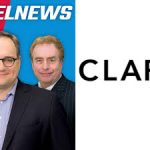 Yes friends, you have read it right. The conservative news media outlet that does a lot of great work on the Corona lock down and the treacherous PM of Canada, Justin Pierre James Trudeau, has locked arms with the Muslim…

END_OF_DOCUMENT_TOKEN_TO_BE_REPLACED

Yes, you read it right friends. What can be expected from an organization that supported Zudhi Jasser all of these years? Honesty? Obviously not. Because this is just as ridiculous as when they stated music will save us from Islamic rule.

END_OF_DOCUMENT_TOKEN_TO_BE_REPLACED

As we left off in part II of “Logan’s Warning to Hirsi Ali: Waiting for Islam to Reform is a Death Sentence”, Ali failed to identify the main threat of Islam. The lawful jihad that is taking place across the West, a jihad that is changing the West to suit Islam. Which has brought in aspects of Sharia, such as Sharia banking, Sharia Courts, halal only in over 50 UK public schools, and the Islamic call to prayer (adhan) being broadcast onto the streets with no concern for the wants and beliefs of non-Muslims, etc.