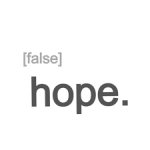 I freely admit that Rebel News spokesperson Ezra Levant does a lot of good work. Such as exposing the leftist threat to free speech, and the plight of UK hero Tommy Robinson.

END_OF_DOCUMENT_TOKEN_TO_BE_REPLACED

Yes there is sympathy for her because the Taliban shot her in the face. In no way though is that an excuse for such faulty reporting. As Rebel TV and Ezra Levant put her on a pedestal in their failed attempt at playing the “good” Muslim, bad Muslim “game”. A “game” the MSM media has been playing for years. A “game” that really should be referred to as Islamic Roulette.