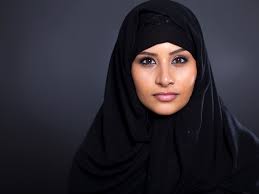 Over the past few years there have been numerous debates on the hijab. A head covering worn by Muslim women.

As proven in the world renowned Tafsir Ibn Kathir.

As you see the explanation of the verse states that Muslim women are to wear it in order to distinct themselves from the women of Jahiliyyah and slave women.

Pre-Islamic period, or “ignorance” of monotheism and divine law. In current use, refers to secular modernity, for example in the work of Abu al-Ala Mawdudi , who viewed modernity as the “new jahiliyyah.” Sayyid Qutb interpreted jahiliyyah as the domination of humans over humans, rather than submission of humans to God. The term denotes any government system, ideology, or institution based on values other than those referring to God. To correct this situation, such thinkers propose the implementation of Islamic law, values, and principles. Radical groups justify militant actions against secular regimes in terms of jihad against jahiliyyah.

Meaning they do not want to be like non-Muslim women, not even the ones who support them. Meaning wearing the hijab is not an act of assimilation, it is an act of defiance and disrespect. It is time to stop supporting what looks down on you ladies. Islam.