For years I have been saying that when it comes to Islam, in the end it will be life as we know it, or Islamic rule. It’s time to take a side. Unfortunately that it is a reality that much of the West does not want to face. Many wanting to believe that in the end there will be so kind of peaceful coexistence with Islam. But where do we see that happening? America? Britain? Canada? Denmark? France? Germany? Holland? India? etc. No, what we see across the world is that Muslims are selfish changing it to suit Islam. With no concerns whatsoever for wants and beliefs of non-Muslims. Just as the Koran calls for.

Unfortunately the MSM does not want to face this reality, and continues to kill the West by promoting the feelgood fantasy of an Islamic reformation. Which for some reason most of the prominent names in this also parrot, as they roll out the red carpet for America’s poster boy “moderate” Muslim, Dr. Zuhdi Jasser. 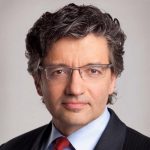 A Muslim who has been “reforming” Islam ever since 911, but has no Mosque support, and goes unchallenged by the media as he misleads the public on Islam.

The difference here is that I do not blindly follow the media or anyone for that matter. I have done my research and in an effort to win this war, I am willing to speak of the harsh realities of it. In other words I am not going to lie to you and $ell you a feelgood fantasy.  That is why I was honored to have to Vito and Vito Show allow me to come on and explain why Islam will not reform. Something those in the MSM are not willing to do.

To hear the truth on the possibility of Islam reforming, please click here.

← Thursday: Logan’s Warning Live on the Vito and Vito AM Radio Show!
Tommy Robinson: Islam Will NOT Reform →

6 comments for “Zuhdi Jasser Says Islam Will Reform, I State why it Will NOT”