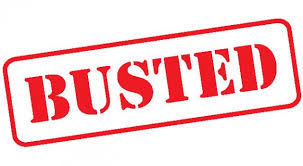 If you have been following some of my recent posts you will know that I have been taking it to the Ahmadi Muslim misinformation machine. Their leader included. Now today we take it to a new level, as the Ahamdi’s of “TrueIslam” have been caught out for clearly attempting to mislead the public on Islam. 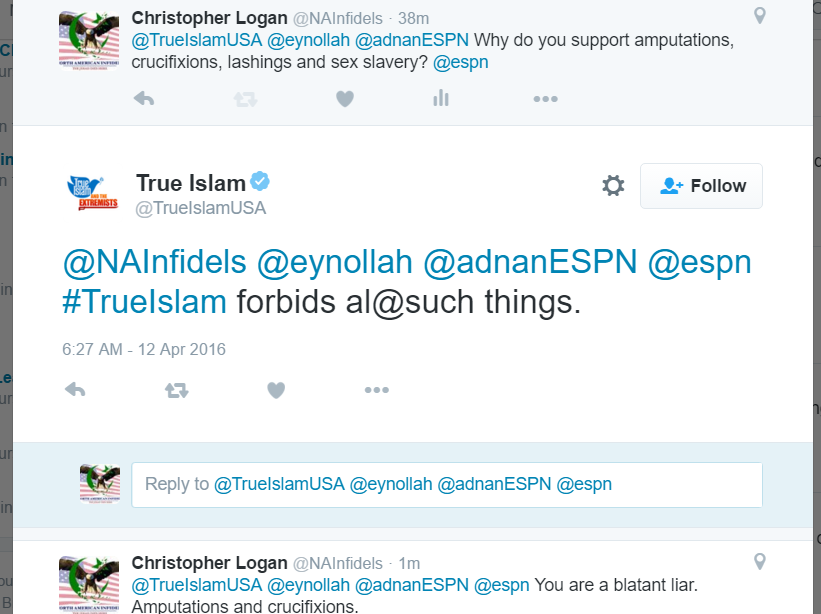 Besides their failed attempt at deception, they ran to the hills when confronted with the verses that showed they were trying to mislead the public. 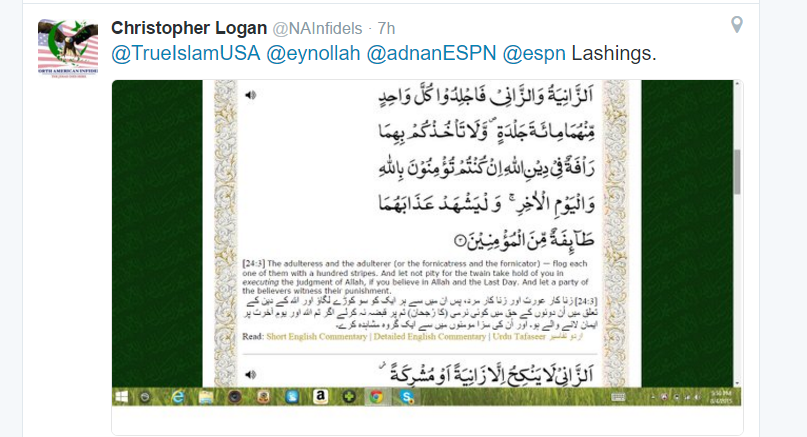 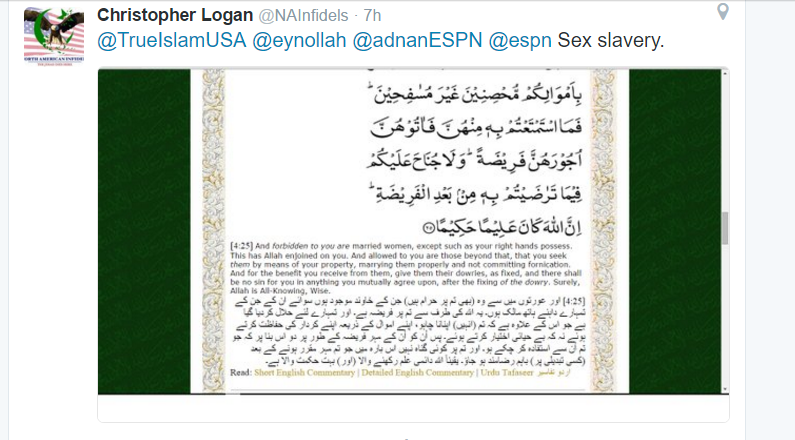 They never did address any of them.

Shortly after I posted the proof I once again clicked on their Tweet. But it had “magically” disappeared. Now if you look at the time the missing Tweet was posted (6:26 AM), and those of the following two, you will then see that the Tweet had been removed. 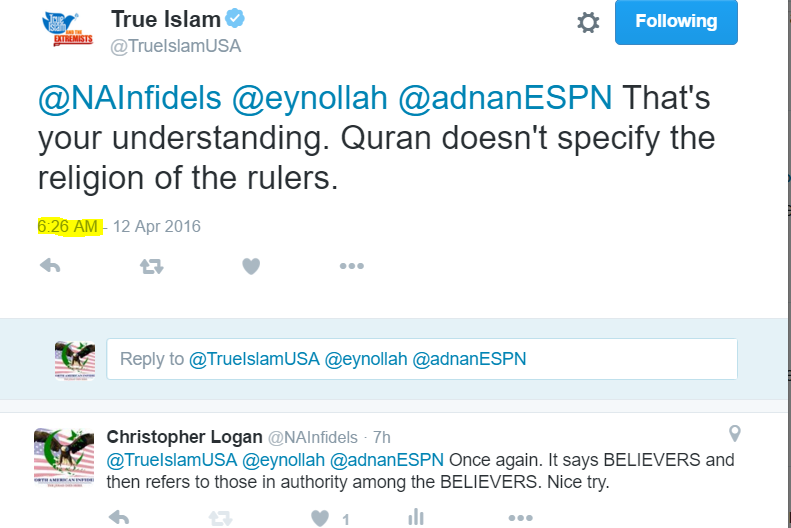 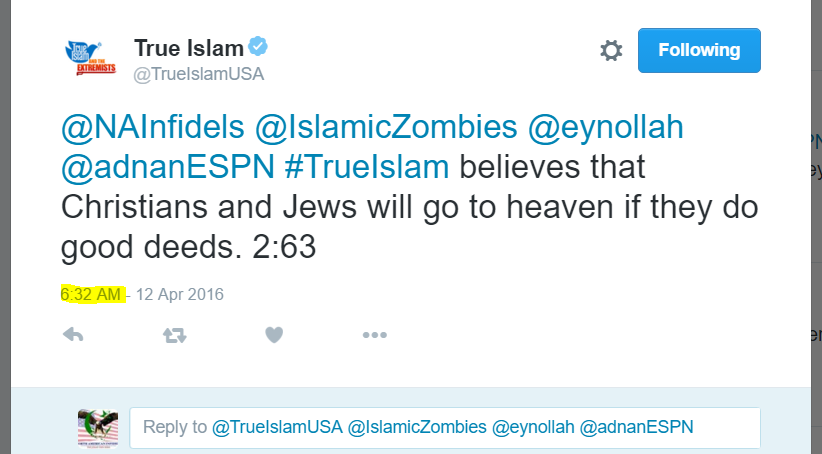 Where did it go? Did Allah will it away? Or did the Muslim propagandists of “TrueIslam” delete it? The world may never know…..

FYI: Their Tweet about Christians and Jews going to heaven was refuted by the following:

Oppose Allah and Mad Mo and you are going to roast in hell.

← Saudi Tries to Whitewash Islam in Penn St Publication ~ North American Infidels Steps in!
US Convert To Islam Blows a Gasket After I Exposed “TrueIslam” →

3 comments for “TrueIslam.com Sends out Misleading Tweet, Then it Disappears!”