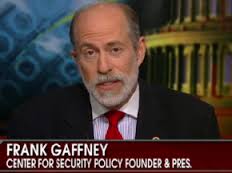 The other day a colleague of mine named Martel Sobieskey, alerted me to YouTube video of the recent Frank Gaffney “lead” Defeat Jihad Summit. Just as in the past, Team Gaffney has no real long-term answers in winning this war. In fact this time Frank truly showed just how uninformed he is on Islam itself, and his straight out fear of naming Islam itself as the enemy. Something Zuhdi Jasser encourages him to do.

In case you did not know, just weeks before this summit Frank’s “Tiger Team” released a “new strategy” in order to defeat the jihad, and part of the plan is to follow the failed plan of empowering the “good” Muslims.

In particular, such a strategy requires that we direct our support, legitimating and outreach efforts to non-Jihad Muslims, and deny it to the jihadis (most especially, the Muslim Brotherhood). This is critical to empowering the former and de-legitimating the latter. It is also essential if we are to thwart the shariah-adherents’ concerted bid to dominate the non-adherent Muslim community and compel it to conform to shariah.8 The strategy can be done within a framework of religious tolerance by focusing on shariah’s supremacist and jihad elements as the enemy’s threat doctrine, thereby avoiding a frontal assault on the Muslim faith. To be clear, shariah’s adherents insist that they are one and the same and that any Muslim who believes otherwise is an apostate, which is a capital offense. Yet, surely there exists some….

We have been hearing that line of “thinking” ever since 911. How has it been working out for the West?

At approximately the 4:07 mark Frank starts absolutely gushing over Jasser as he introduces him. Gushing over a man whose “reform campaign” has no Mosque support, and there are very good reasons for that. I like to call them the three theological strikes against Islam reforming.

(In the video Jasser attempts to discount the world renowned Sahih Ahadith, which are respected by all four Sunni schools of Islamic jurisprudence. Hanbali, Hanafi,Maliki, and Shafi΄i. But for the sake of the article I will play along and expose his fraudulent “reform campaign” by going Koran only.) 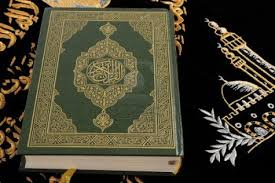 1. Allah himself said the Koran cannot be changed

Are we supposed to believe that the Muslim community is going to hold the words of Zuhdi Jasser higher than Allahs?

2. The Seal of the Prophets

Is Zuhdi the next prophet? Apparently not.

Forbidden to you is carrion, that is, the consumption of it, and blood, that is, what has been spilt, as mentioned in [sūrat] al-An‘ām [Q. 6:145], and the flesh of swine, and what has been hallowed to other than God, in that it was sacrificed in the name of something other than Him, and the beast strangled, to death, and the beast beaten down, to death, and the beast fallen, from a height to its death, and the beast gored, to death by another, and what beasts of prey have devoured, of such animals — except for what you have sacrificed duly, catching it while it still breathes life and then sacrificing it — and what has been sacrificed in, the name of, idols (nusub is the plural of nusāb) and that you apportion, that is, that you demand an oath or a ruling, through the divining of arrows (azlām: the plural of zalam or zulam, which is a qidh, ‘a small arrow’, without feathers or a head). There were seven of these [arrows], [marked] with flags, and they were retained by the keeper of the Ka‘ba. They would use them for abitrations and when they commanded them they obeyed, and if they prohibited them they would desist; that is wickedness, a rebellion against obedience. And on the Day of ‘Arafa in the year of the Farewell Pilgrimage, the following was revealed: Today the disbelievers have despaired of your religion, of you apostatising from it, having hoped for it [earlier], for now they perceived its strength; therefore do not fear them, but fear Me. Today I have perfected your religion for you, that is, its rulings and obligations (after this [verse] nothing about [what is] lawful or unlawful was revealed) and I have completed My favour upon you, by perfecting it [your religion], but it is also said by [effecting] their safe entry into Mecca; and I have approved, chosen, Islam for you as religion. But whoever is constrained by emptiness, by hunger, to consume some of what has been forbidden him and consumes it, not inclining purposely to sin, to an act of disobedience — then God is Forgiving, to him for what he has consumed, Merciful, to him by permitting it to him, in contrast to the one who [purposely] inclines to sin, that is, the one actively engaged in it, such as a waylayer or a criminal, for whom [such] consumption is forbidden.

How can one change “perfection”?

Those are the three strikes on why it will not reform. Now we will take a look at five reasons showing us why we as non-Muslims, will not be able to help reform Islam as Frank believes.

1. The Koran views non-Muslims as lacking in intellect.

2. The Koran instructs Muslims not to befriend Jews and Christians.

3. The Koran calls for Muslims to subjugate or wage war on Jews and Christians.

4. The Koran calls for very strict punishment on those who fight against Allah, Mohammad, and Muslims. Trying to change what Islam is certainly fighting Allah.

5. The Koran banishes non-Muslims to a severe eternal punishment.

Surely those who disbelieve in Our signs — We shall expose them, We shall admit them, to a Fire, wherein they shall burn; as often as their skins are consumed, burnt, We shall replace them with other skins, restoring them to their initial unburnt state, that they may taste the chastisement, that they may suffer its severity. Surely God is ever Mighty, nothing being beyond His power, Wise, in His creation.

So why would the Muslim community follow those who are lacking in intellect, those they were warned not to befriend, those they are supposed to subjugate, those who are fighting Allah, and those who are damned for an eternity in hell, in an effort to change what Islam is? They wouldn’t, and thinking so is nothing more than uneducated wishful thinking. Please wake up Frank, a non-Muslim attempting to help reform Islam, is the equivalent of a Jew attempting to help reform Nazism. It is not happening!

21 comments for “Defeat Jihad Summit~ F. Gaffney to Jasser: How can We Reform Islam?”