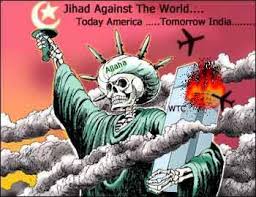 When it comes to getting information out to the public, I believe that adding graphics to it certainly helps. So tonight we will take a look at another Muslim graphic attempt at misleading the public.

This one was used by the often excused Ahmadiyya’s of The Muslim Times. A part of the Muslim community that is not as benign as some make them out to be. 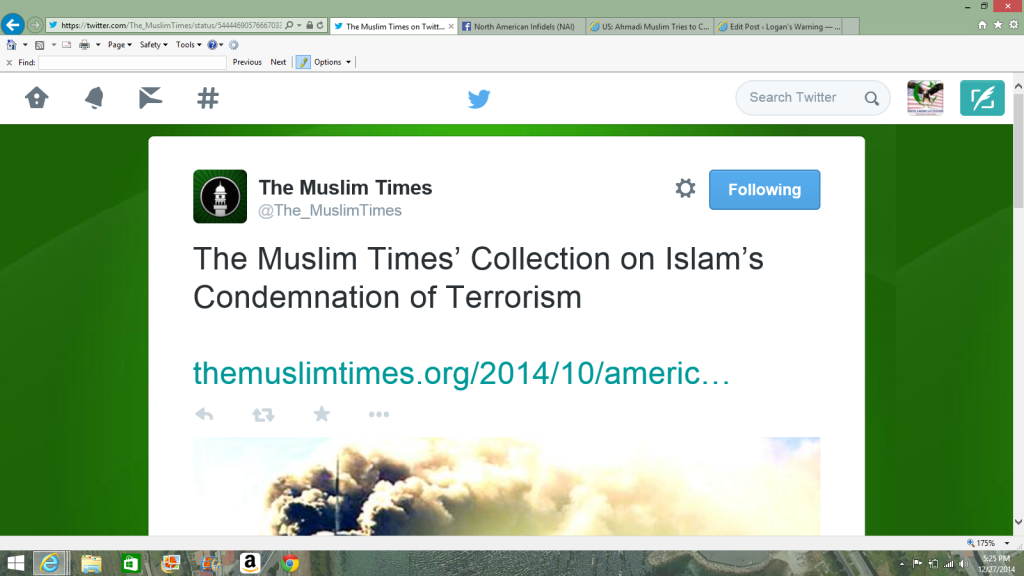 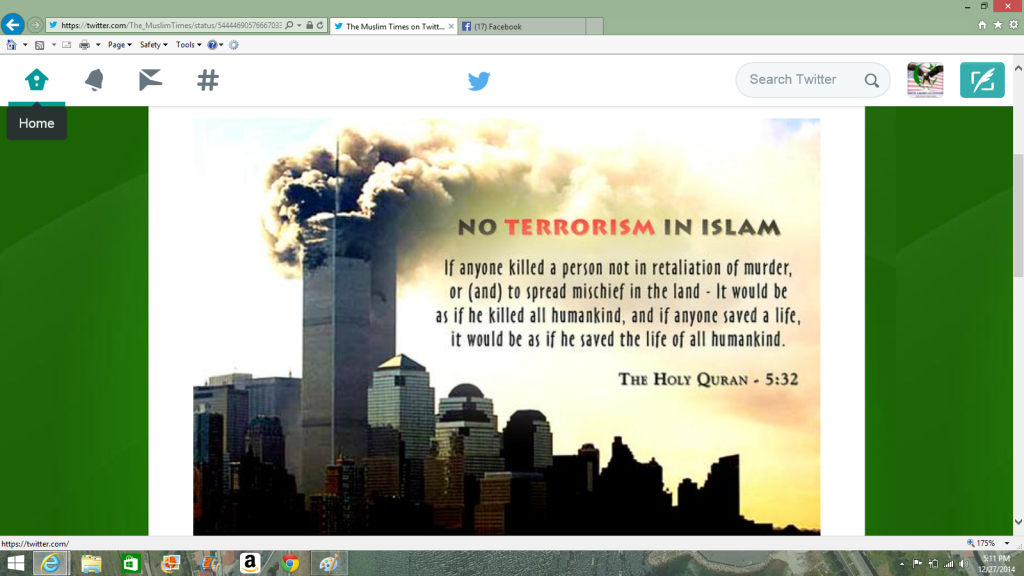 Of course they fail to mention several things about that verse.

1. That “mischief” can be defined as most anything. The charge is called fasad and was going to be used against bloggers in Iran.

2. That the following verse shows us just how terroristic Islam really is.

[5:34] The reward of those who wage war against Allah and His Messenger and strive to create disorder in the land is only this that they be slain or crucified or their hands and their feet be cut off on alternate sides, or they be expelled from the land. That shall be a disgrace for them in this world, and in the Hereafter they shall have a great punishment;

[3:152] We shall strike terror into the hearts of those that have disbelieved because they associate partners with Allah for which He has sent down no authority. Their abode is the Fire; and evil is the habitation of the wrongdoers.

So despite their attempt to mislead the public, yes, Islam does bred terrorism.

As with anything else on this site, feel free to use it in your debates on Islam.