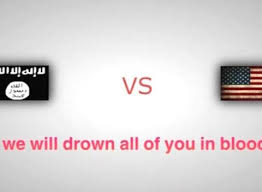 When I first started my mission against Islam I was continually told that Muslims in America were different from elsewhere. Of course I did not believe it one bit, as America was not going to magically be the one country Muslims did not want to takeover. My response was to look overseas to see what is coming our way in regards to Islam, and back then most of the threats I received were from lands far away. Recently though that has changed. Now they are coming from within the gates of our great country. America. 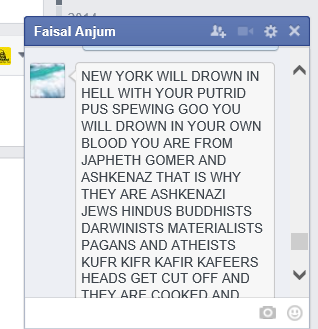 Since he was willing to run his mouth so freely in private, I asked the Islamomaniac to debate me on the Tom Trento Radio Show. Of course the coward could do no better than insult Tom and run from the debate. 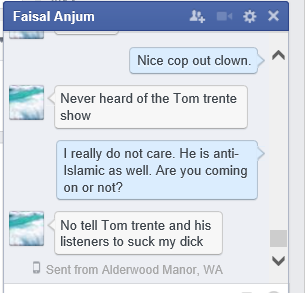 Another loudmouthed Muslim, afraid to debate this kafir on the radio. Allah cannot be happy…..

4 comments for “Washington Muslim: Logan, you Will Drown in Your own Blood!”