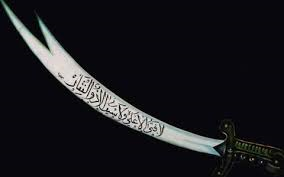 Over the years I have gotten numerous threats and veiled threats from marauding Muslims. But I do not post a lot of them. It is something just that comes with the territory of raising the awareness level to the threat of Islam.

Recently though there seems to be an uptick in the attempt of intimidating me. What they fail to understand is that their threats only add fuel to my anti-Islamic fire!

Here are some of the new “friends” I have recently made on Twitter.

First there is LA Muslim Samiur. 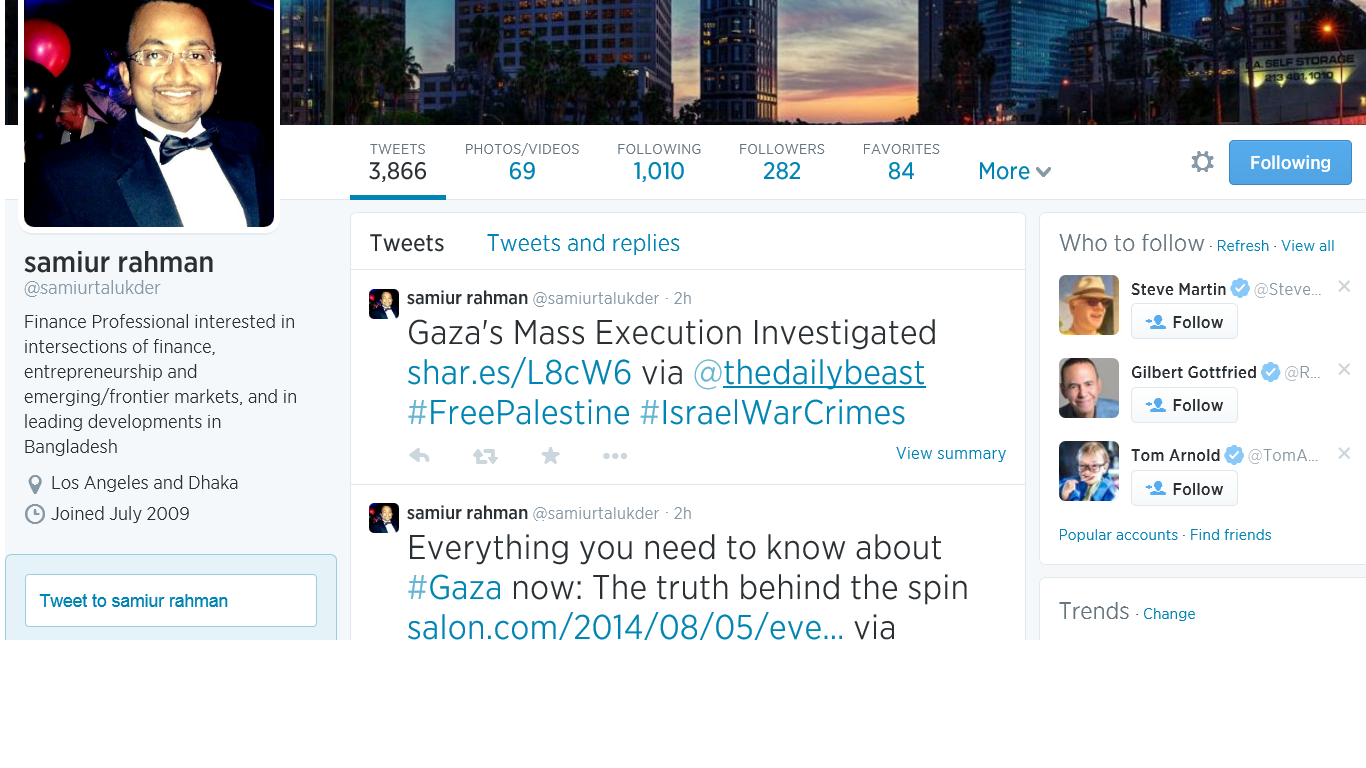 In his second thread from the top, I had mentioned that the Hamas Charter states the Israel – Palestine conflict is about Islam. Apparently he did not like that, and issued me a first and final warning. 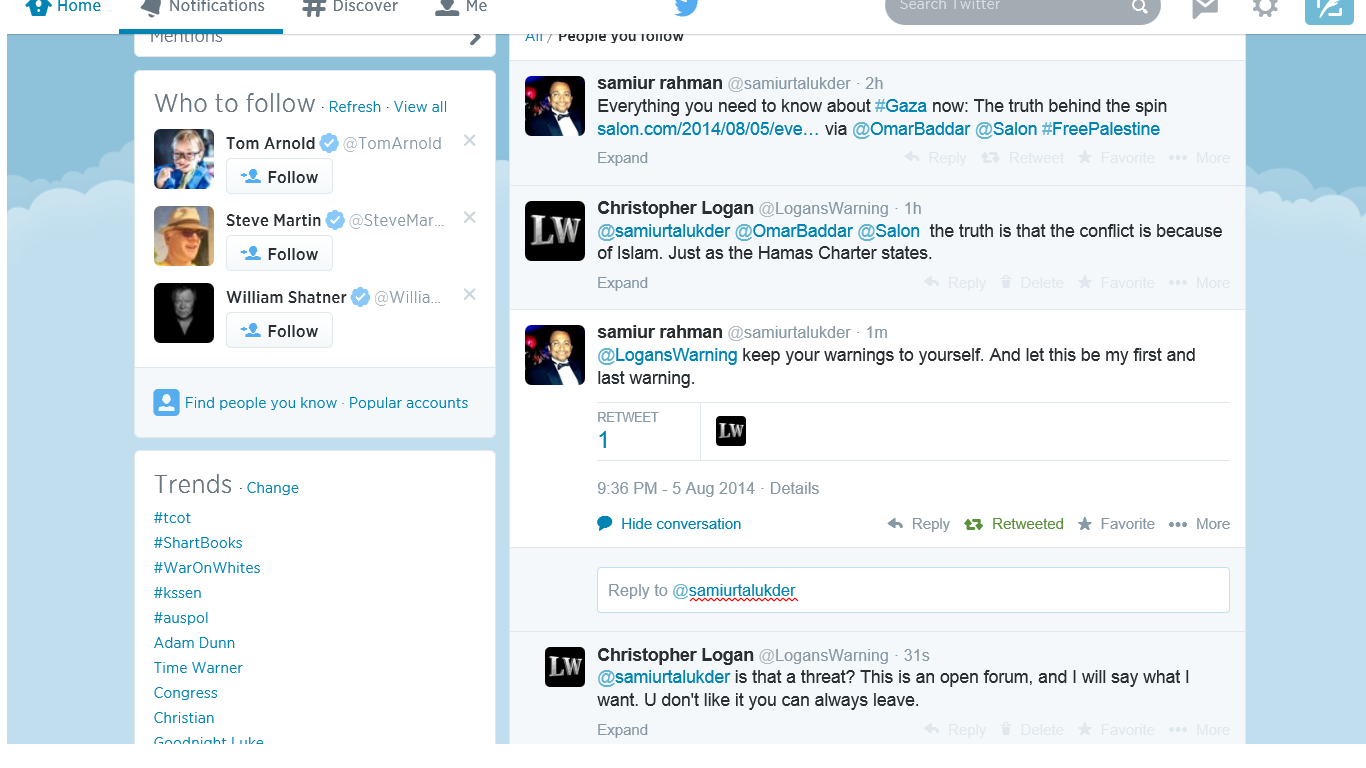 For some strange reason the wannabe Mohammad has taken it down a notch ever since I alerted the LAPD about him.

My next “friend” is a real sweetie. The type of girl you just want to take home to mother. Well, that is if you ignore the fact she wants to martyr herself in order to take me out! 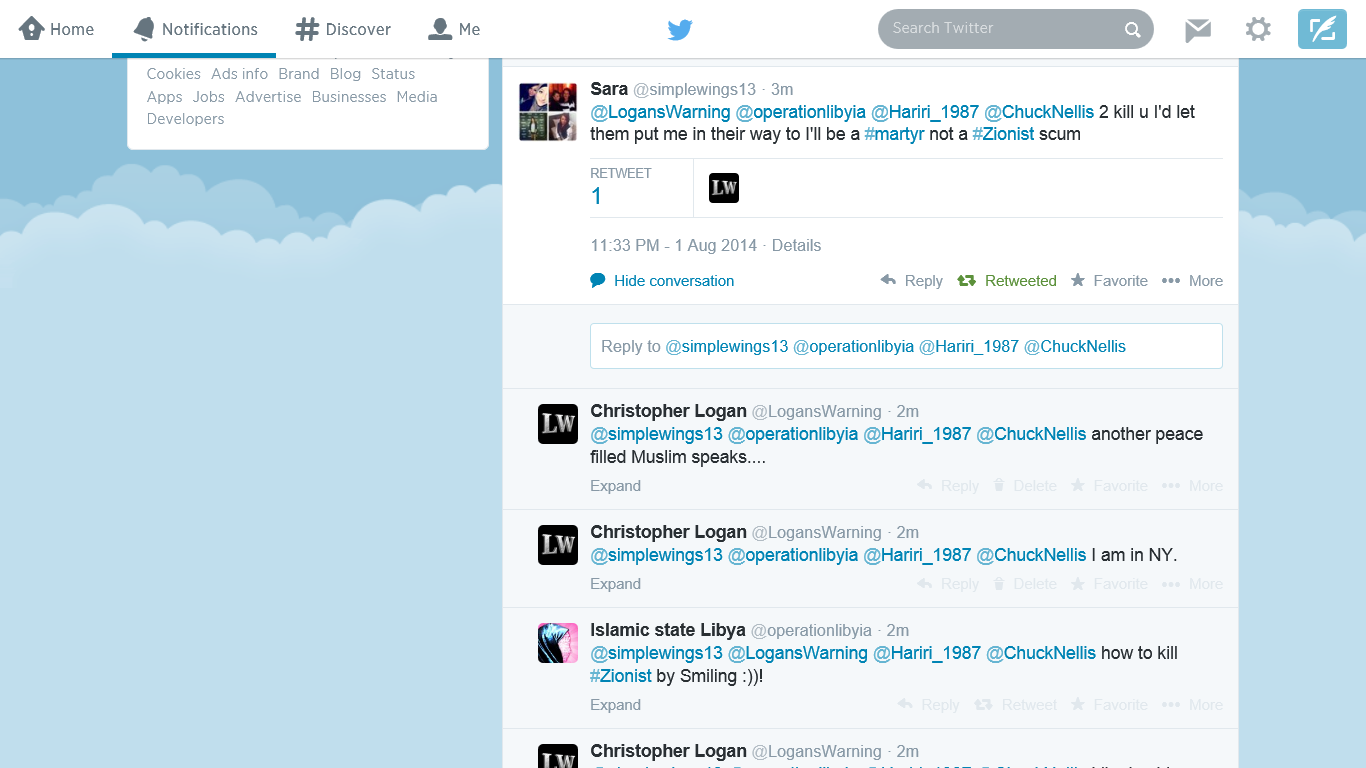 Speaking of martyrs……on Twitter I have been sent the following pro- Bashar Hafez al-Assad video more than once. In fact probably dozens of times. As you will see, if features the infamous Sword of the martyr Imam Ali (Zulfiqar). One of Mohammad’s fiercest men.

Apparently my #Arabsyndikatet fan club is growing by the day…. 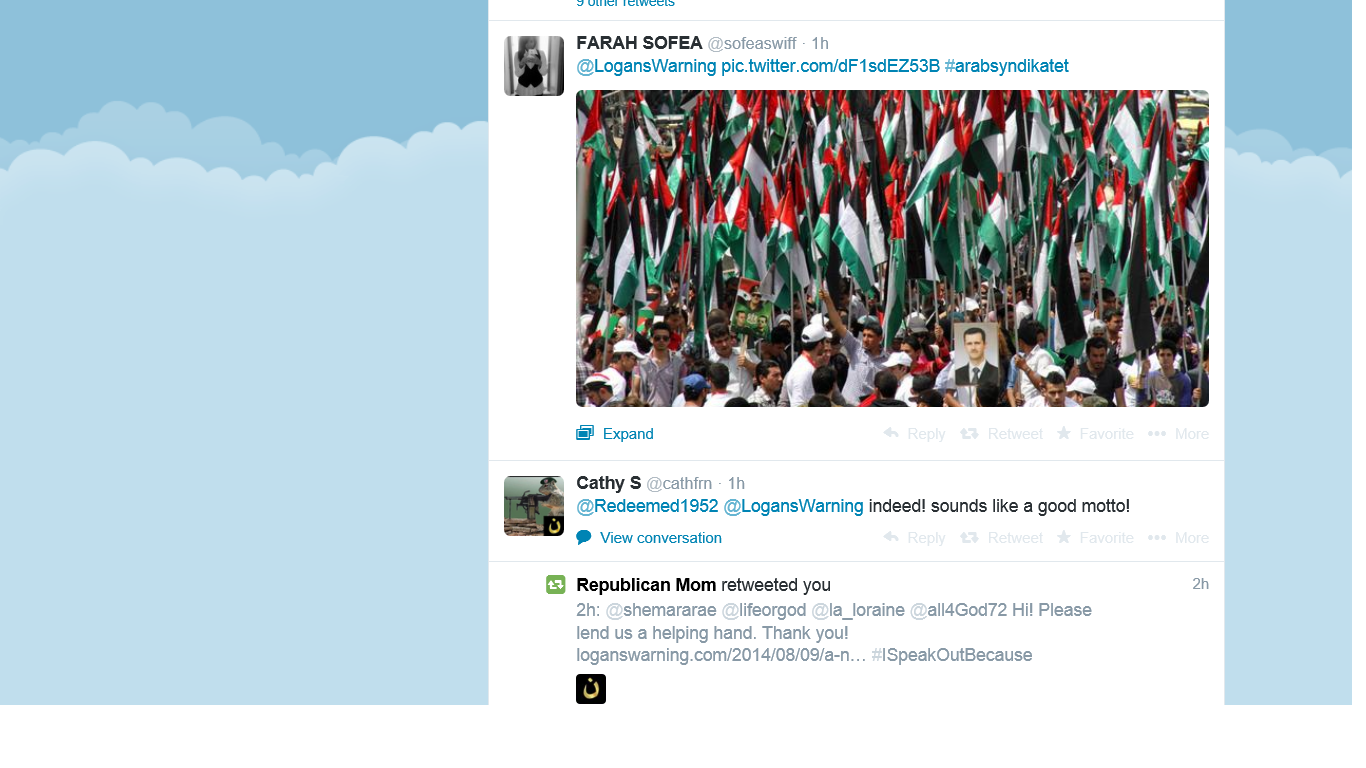 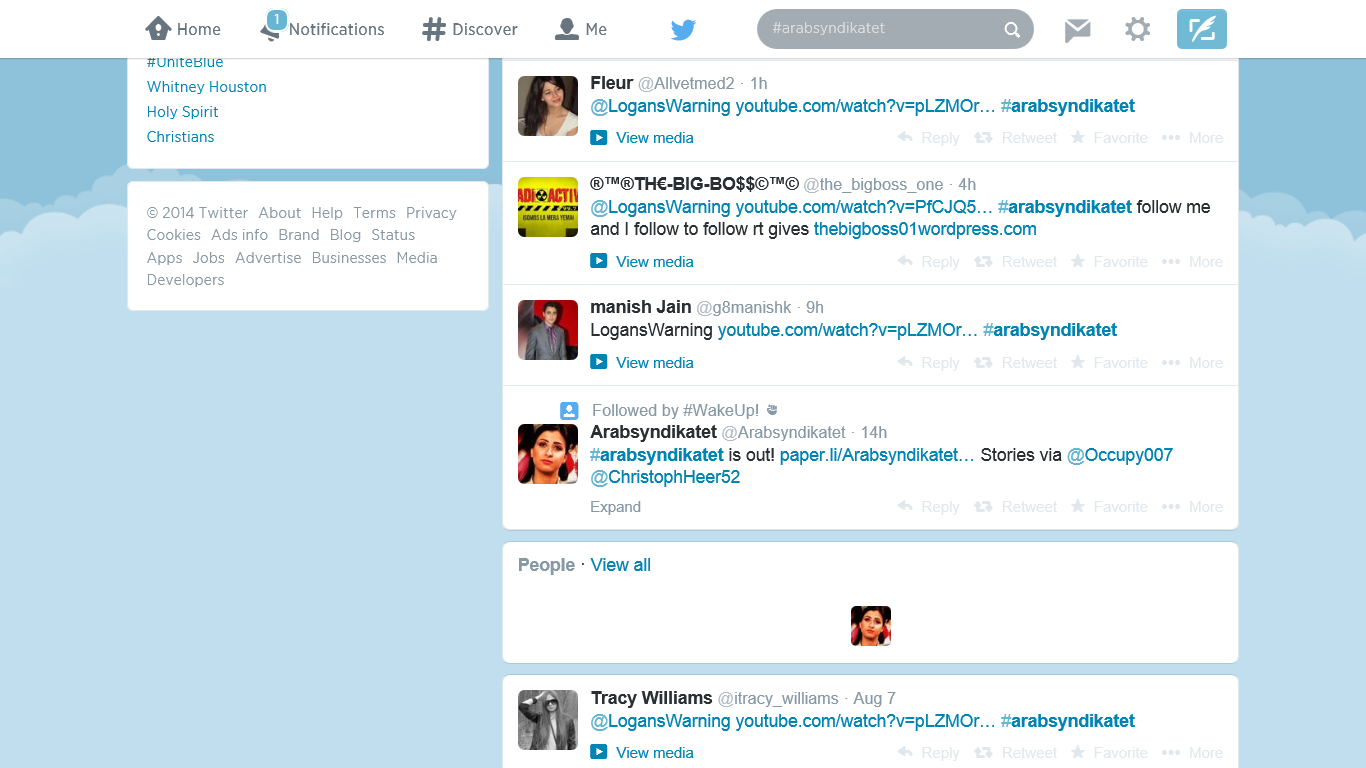 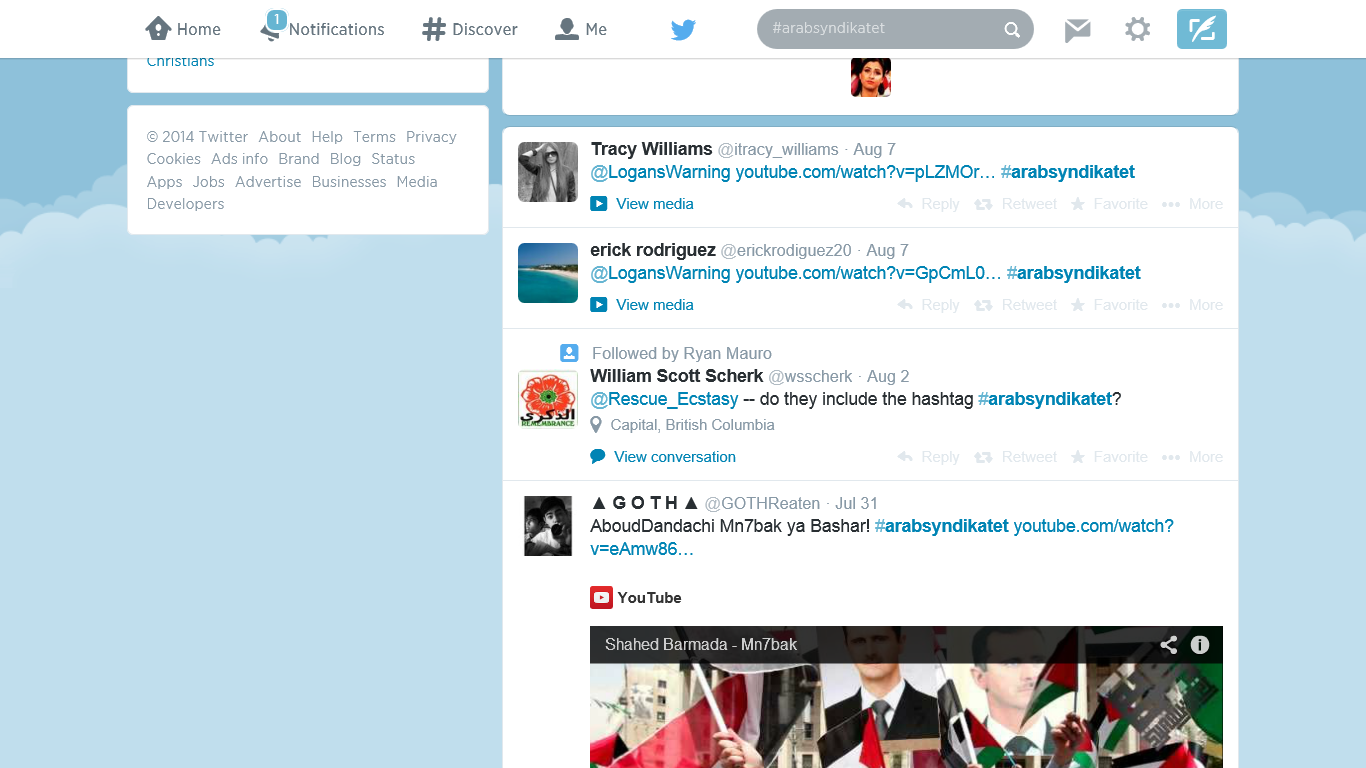 Well, all I have to say is they are going to have to use that sword to shut me up. Acts of intimidation fail here!