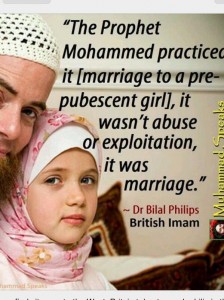 Just last night on The Last Stand Radio Show, I had mentioned that a lot of non-Muslims do not want to face the fact that your average everyday Mo Muslim is part of the threat of Islam. That no matter how depraved it is, they will not condemn any verse in the Koran.

Unfortunately tonight we get so see another example of that. His name is Muhammad Safeen, and according to his Twitter profile he resides in San Francisco. 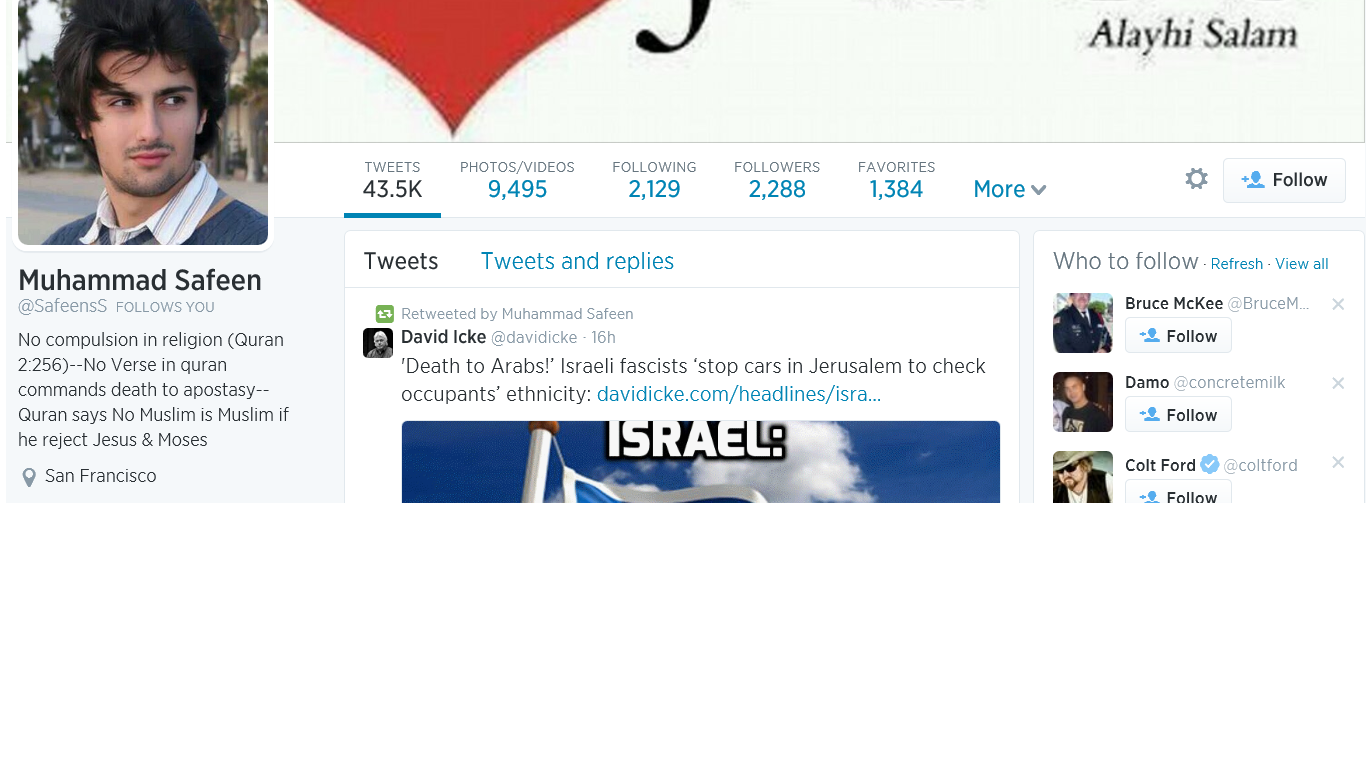 While it is a very unpleasant subject, child marriage is nothing that should just be swept under the rug. Bringing it up also gets right to the point of the depravity of Islam.

So the other day while arguing with the Jew hating Muslim propagandist, I brought up Islam allowing it. Shortly after Muhammad himself actually posted a link to the verse.

Now obviously he is not too bright, or he would not have even posted the link in the first place. But being a dedicated slave to Allah he continued to bury himself. As instead of condemning the verse, he attempts to justify it. 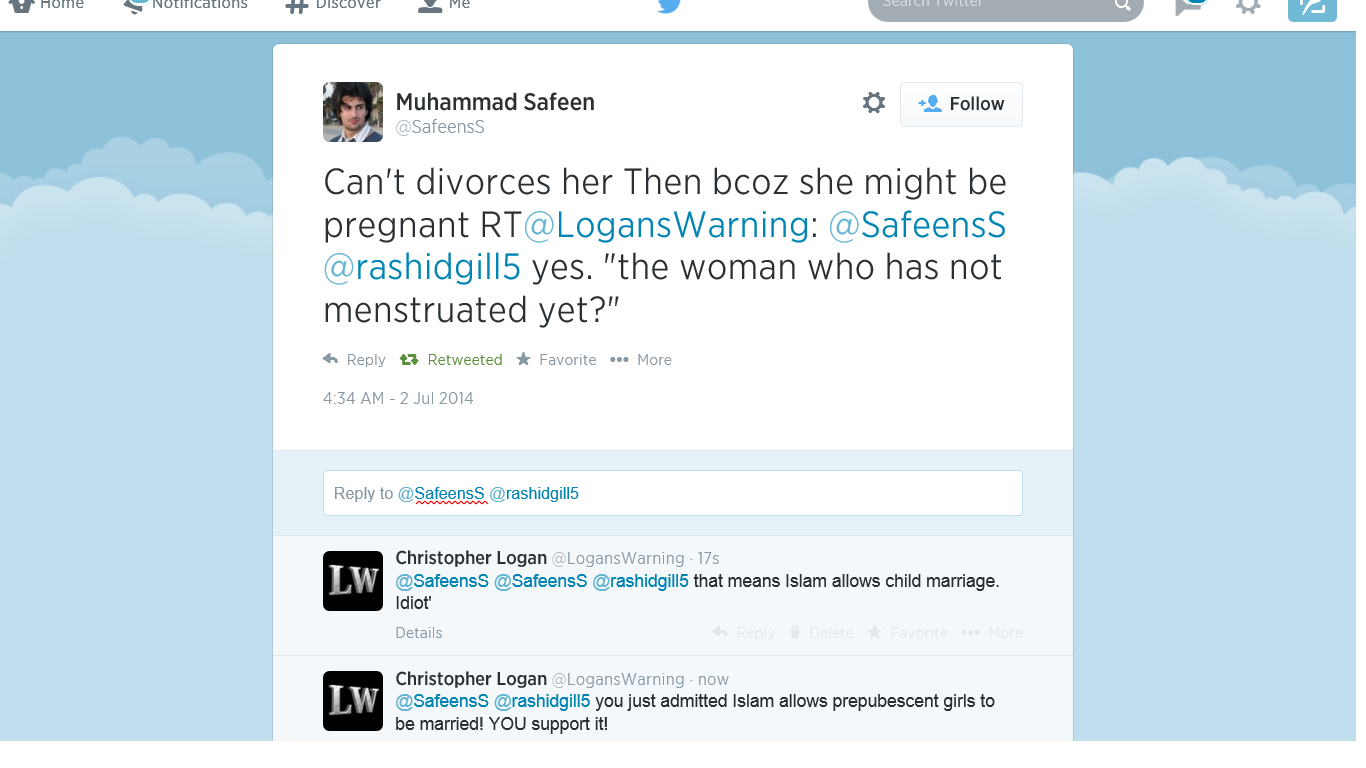 Well there are two things here Safeen. The first is that only the mentally ill support child marriage. The second is that, and pay attention here wanna-be Mohammad, prepubescent girls cannot get pregnant. In other words your attempt to whitewash Islam was a complete failure! 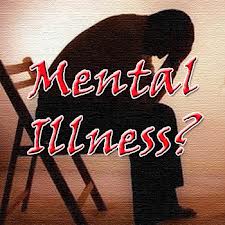 Another mentally depraved Muslim has spoken. 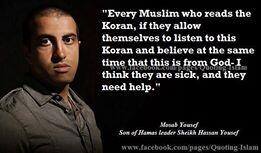 ← PODCAST of my Interview on The Last Stand Radio Show
Tweet of the Day: Roseanne Barr →