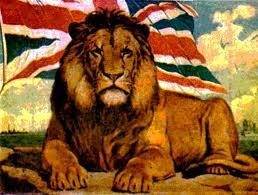 This is a good sign, but much more needs to be done in order to save the UK from Islamic rule. Banning Islam is one of them.

The trio, members of a self-styled ‘Muslim Patrol’ group, threatened strangers for holding hands, drinking alcohol and other behaviour they deemed ‘un-Islamic’.

Jordan Horner, 19, Ricardo McFarlane, 26, and a third man who can’t be named for legal reasons yesterday pleaded guilty to a variety of charges, including actual bodily harm and affray.

Video footage shows the group telling one couple not to walk down the street holding hands in ‘a Muslim area’ and ordering others to move away from a mosque.

‘They would roam the streets, seeking out victims whom they could target, and chanting threats to “kill the non-believers”.

‘On the nights in question they confronted and aggressively intimidated a couple who were holding hands in the street,  a group of friends who were drinking alcohol, and a girl whom they deemed to be dressed provocatively.’

They were sentenced to jail terms of between 24 weeks and 17 months.

5 comments for “London: Three Muslims Locked up for Trying to Impose Sharia!”