That is right, unfortunately you have read the title correctly. I used to be a big admirer of what was dubbed as the “dynamic duo”, and really did not want to have to write this. But I would be failing the anti-Islam campaign if I did not.

Lately the actions of Pamela Geller and Robert Spencer have been very questionable, while showing weak leadership. Part of my past support was based on the fact that they did tremendous work opposing the Ground Zero Mosque, and continued with an excellent subway ad campaign. But lately I have been seeing a different side of Geller and Spencer. A side that is disappointing, seemingly dishonest, and definitely suicidal. As most of you know Tommy Robinson recently defected from the English Defense League, while throwing thousands of good non-racist members of the EDL under the bus. In the ensuing days the Geller/Spencer duo did a double flip-flop by continuing to support him, then withdrawing their support, only to reinstate it days later. To me that is a sign of weak leadership.

I know they were taking some heat for this, and on Oct 31, she penned an article titled Tommy Robinson vs Mo. In it she stated the following:

It is impossible to hold him accountable for Quilliam’s disingenuousness when he has not repeated it himself. Tommy is planning to start a new organization that is as free from Quilliam as it is from the EDL, and in that, and in his ongoing efforts to defend the British freedom and the vision of human rights that Judeo-Christian civilization has given to the world, we wholeheartedly and unhesitatingly support him.

1. She provided no proof whatsoever about his leaving Quilliam.

2. The part about him not repeating their mantra is easily proven wrong. One LOOK at his Twitter page shows that, and I find it hard to believe she did not know this.

3. It has been almost a month since she posted that article. Well guess what? He is still with Quilliam, and still promoting their message!

Tommy Robinson ‏@TRobinsonNewEra 23 Nov I had a interesting + positive meeting of moderate and progressive Muslims today @QuilliamF including a Muslim captain in the British army.

Did Geller say he was leaving them just to get the heat off of her? Or did Tommy lie to them, and if so why does she still support him? To makes matters worse Tommy has been promoting the failed notion that “moderate” Muslims are coming riding in on their white horses, and save us from the barbarity of Sharia Law. In other words, there can be a co-existence with Islam. Now “coincidently”, Robert Spencer and Pamela Geller are promoting the same suicidal message of co-existence with Islam. They have come out against the banning of Islam!

Robert Spencer comments: “I doubted the accuracy of this report from the beginning, and sure enough, it turns out to be false. That is all to the good — banning an entire belief system would just embroil Angola in an ongoing resistance and would become a serious human rights issue. Banning Islam in particular would engulf it in a more energetic jihad than is being waged against it now. And no one who is committed to the freedom of conscience can support such a ban, although the Angolans and everyone else are certainly within their rights to ban and work against elements of Sharia (or any other system) that contradict universal principles of human rights.”

Is that so dynamic duo? I am all for a ban of Islam, and so are a lot of people I know. Islam is stuck in the past, and that is where it belongs. I also find it very irresponsible of them to encourage non-Muslims to be against such a ban. Where has granting Islam legality worked out for the a non-Islamic host country? France, Russia, the UK maybe? Oh, I know….it must me Dearborn Michigan!

Anyone who is committed to freedom can support such as ban. Because under it golden shield of religion status, Islam has what appears to be an unstoppable power. Muslims have turned our freedoms into tools of Islam, and if the rules stay the same it is just a matter of time until we lose this war.

In order to win this war, that shield needs to be smashed! Or as author Martel Sobieskey, who has four decades dedicated to this threat put it:

Robert is lost in some type of sissified school boy idealism and in denial of the harsh realities on the ground in the real world.  Robert makes a  catastrophic error argueing against Angola. Robert should be praising Angola for banning Islam. but he scolds Angola. It proves Robert has a severe case of Stockholm syndrome, or has a masochistic personality disorder. He clearly does not fully understand Islam. His understanding of Islam lacks depth and comprehensive insight. Martel

I for one will not be joining the undynamic duo in rolling the dice that America will not become the United Sharia of America, by supporting that the ideology of the enemy, Islam, remain legal here. No way, now how. There will be no flip-flop here!

We are in the midst of very serious war with Islam, and weak-kneed polices, and half-assed answers like believing “Islamism” is the problem, and not Islam itself, are only going to lead us to defeat. (That was not meant for Spencer/Geller) A defeat our future generations will sorely pay for! 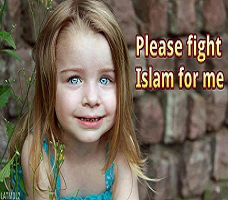 I would like to thank Pamela and Robert for all they have done, and I am sure they will do some more good work in the future. But between the Tommy Robinson fiasco and their willingness to help keep Islam alive in America, North American Infidels (NAI) will not be joining them in that suicidal message. Between them, and those who attempt to $ell us the fantasy of “moderate” Muslims saving the day, we certainly need new leaders in this war. Leaders and teammates who are uncompromising in their stand against Islam! Well friends, that team is being formed today! That team is North American Infidels. NAI fully stands against Islam, Muslim immigration, Mosque construction, and once again there will be no flip-flops here! We thank those who started this war, but now we need a team of closers!

Join our team by “liking” us on Facebook now. While we are a young organization, we have quickly risen up to almost 8000 “likes, and will be adding educational brochures, email and phone campaigns, a new NAI website, and promotional materials to our anti-Islam arsenal in the near future! Stay tuned! 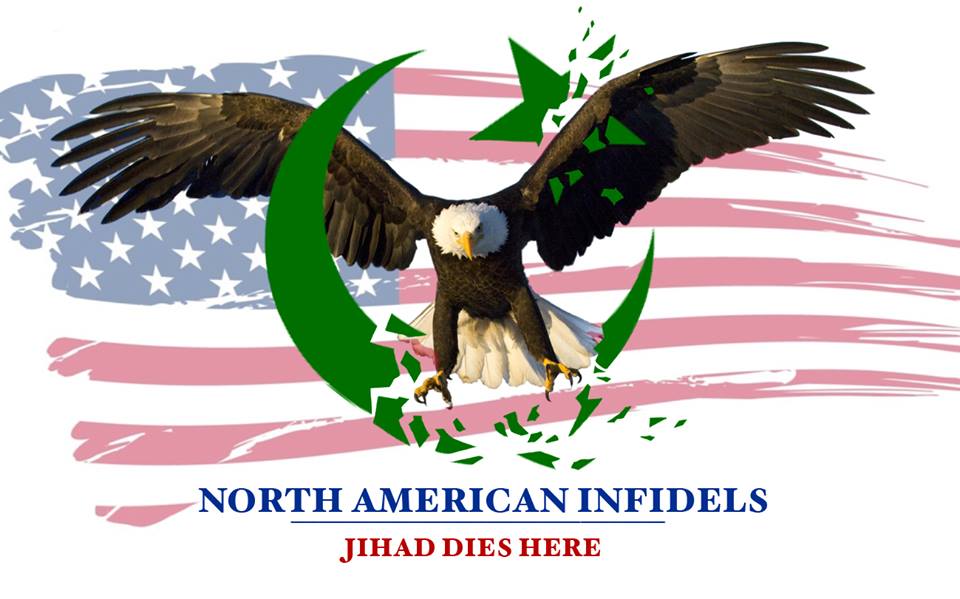 34 comments for “Robert Spencer & Pamela Geller: Do NOT ban Islam ~ We can Coexist!”