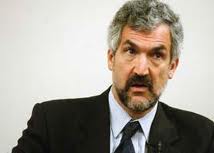 In a war in which we are losing ground to Islam, there are so called experts who continue to blatantly mislead non-Muslim Americans. As they are $elling what is nothing more than a feel good fantasy. One of the biggest culprits of this crime against America is so called historian, and specialist on the Middle East and “Islamism”, Professor Daniel Pipes.  Here is his latest fantasy posting….

Can Islam Be Reformed?

by Daniel Pipes July/August 2013 Islam currently represents a backward, aggressive, and violent force. Must it remain this way, or can it be reformed and become moderate, modern, and good-neighborly? Can Islamic authorities formulate an understanding of their religion that grants full rights to women and non-Muslims as well as freedom of conscience to Muslims, that accepts the basic principles of modern finance and jurisprudence, and that does not seek to impose Sharia law or establish a caliphate?

Currently? Mohammad himself was a backward, aggressive, and violent force.

A growing body of analysts believe that no, the Muslim faith cannot do these things, that these features are inherent to Islam and immutably part of its makeup. Asked if she agrees with my formulation that “radical Islam is the problem, but moderate Islam is the solution,” the writer Ayaan Hirsi Ali replied, “He’s wrong. Sorry about that.” She and I stand in the same trench, fighting for the same goals and against the same opponents, but we disagree on this vital point.

LW: When I read such ignorant comments from Pipes, I sake my head in disbelief that he has the nerve to look people in the eyes as he takes their checks. Obviously those features are inherent to Islam, and its call for dominance over non-Muslims is extremely clear.

My argument has two parts. First, the essentialist position of many analysts is wrong; and second, a reformed Islam can emerge.

Arguing Against Essentialism To state that Islam can never change is to assert that the Koran and Hadith, which constitute the religion’s core, must always be understood in the same way. But to articulate this position is to reveal its error, for nothing human abides forever. Everything, including the reading of sacred texts, changes over time. Everything has a history. And everything has a future that will be unlike its past.

LW: For starters, Muslims believe the Koran is the literal word of God. NOT man made, and the Koran itself states its words cannot be changed!

Besides that, Pipes does not even begin to define what Islam is, and I challenge him to name just ONE Muslim who believes Islam is man made. Pipes:

Only by failing to account for human nature and by ignoring more than a millennium of actual changes in the Koran’s interpretation can one claim that the Koran has been understood identically over time. Changes have applied in such matters as jihad, slavery, usury, the principle of “no compulsion in religion,” and the role of women. Moreover, the many important interpreters of Islam over the past 1,400 years—ash-Shafi’i, al-Ghazali, Ibn Taymiya, Rumi, Shah Waliullah, and Ruhollah Khomeini come to mind—disagreed deeply among themselves about the content of the message of Islam.

Unfortunately Pipes provided no real information about them. So I will take the time to do it.

ash-Shafi’i: One of the four Sunni schools of Islamic Law. One that the nightmarish Islamic Law Manual, Reliance of Traveller was written on. A manual which clearly states non-Muslims are to be dominated under Islamic rule.

Ibn Taymiya: Was a Hanbali jurist (Sunni). Here are a couple of quotes from him.

The Jihaad against the soul is the foundation for the jihad against the disbelievers and hypocrites. (Ibn al-Qayyim, ar-Rawdah, p.478) What can my enemies do to me? I have in my breast both my heaven and my garden. If I travel they are with me, never leaving me. Imprisonment for me is a chance to be alone with my Lord. To be killed is martyrdom and to be exiled from my land is a spiritual journey. (Ibn al-Qayyim, Waabil, p.69) He also argued for the limitation of Christian expression on juristic and historical grounds, to protect Muslim practice and identity. Sounds like a heck of a guy….

Rumi: The poet. The following is an excerpt from “All Religions, all This Singing, one Song”

What is praised is one, so the praise is one too, many jugs being poured into a huge basin. All religions, all this singing, one song. The differences are just illusion and vanity. That sounds nice, but according to the Koran he is not even close to being correct.

Can Pipes provide ANY evidence of Rumi actually addressing that verse, and proving me wrong about it being divisive? Or was Rumi as delusional as Daniel is?
Shah Waliullah: THOUGHTS AND CONTRIBUTIONS
The Shah’s message makes as much sense as Pipes’, when he evades the reality of Islam itself being the problem. 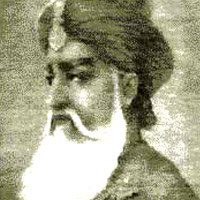 On Daniel’s site, it has Shah defined as the following: Shah Waliullah (1703-62) a leading thinker of Indian Islam.

Shah Wali Ullah felt the impact of decay and decline in every walk of life,analyzed the causes of downfall of and suggested the ways and means toarrest them. Firstly his aim was to restore the Islamic political thought.
His explanation of the Islamic politics is below:
(2) Al men are equal. Nobody is good enough to rule over others or enslave them.
(5) The above mentioned rights are fundamental and every body,irrespective of race, religion, caste and class is entitled to them

Is that so? Because Koran verse 9:29 clearly shows that to be a false statement.

Times like this make me wonder if Pipes has actually even read a Koran….
What was that he said about no slavery in Islamic politics?
(According to CenturyLearner, the Shah thoroughly studied the Sahih Bukhari Ahadith.)
Sahih Bukhari 3:41:598:

Narrated Jabir: A man manumitted a slave and he had no other property than that, so the Prophet cancelled the manumission (and sold the slave for him). No’aim bin Al-Nahham bought the slave from him.

4. Jihad is a sacred duty for every Muslim. It means that is order to defend the sanctity of principles and policies, on should cherish the passions of dedication and devotion so much so that one should lay down one‟s life for them

Is anyone else itching to live under this Shah’s “Islam” yet?
Philosophical Interpretation:

2) The life of Muhammad (PBUH) or the uswah-i-rasul, should be taken asan the life of the three pious caliphs should be emulated (Ali, the fourthcaliph is conspicuous by absence
3) the Shia interpretation and practices of Islam should altogether be discarded, as they are misguiding to the people at large

So Allah’s Apostle went to them (i.e. Banu Quraiza) (i.e. besieged them). They then surrendered to the Prophet’s judgment (unconditionally after 25 days of fierce resistance) but he directed them to Sad (ally) to give his verdict concerning them. Sad said, “I give my judgment that their warriors should be killed, their women and children should be taken as captives, and their properties distributed.”

Wow! A non-Muslim “friendly” version of Islam! This is just sooooo exciting!
Conclusion:

Shah Wali Ullah was prolific warrior of Islam. He bravely challenged theproblematiccontemporary situations. Shah Wali Ullah did not hesitate toanalysis the formidable political atmosphere. His encyclopedic knowledgeand steadiness in practical life are the great models for the Muslim world.As Allamah Muhammad Iqbal remarks he was the first Muslim to feel theurge for rethinking the whole system of Islam without any way breaking away from its past.

Well if all that was supposed to convince me that  Islam can become a non-threat, Pipes did an awful job! Unlike Pipes, I am not willing to gamble away America and the lives of my future generations on a fantasy! 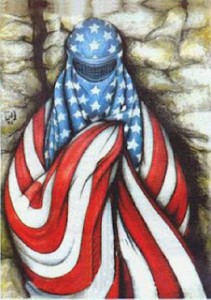 Islam will be fought!
Coming up in part II. Pipes plays an evasive game….

11 comments for “Daniel Pipes: Ignorance at its Finest, as he Desperately Tries to Keep Islam Alive in America!”